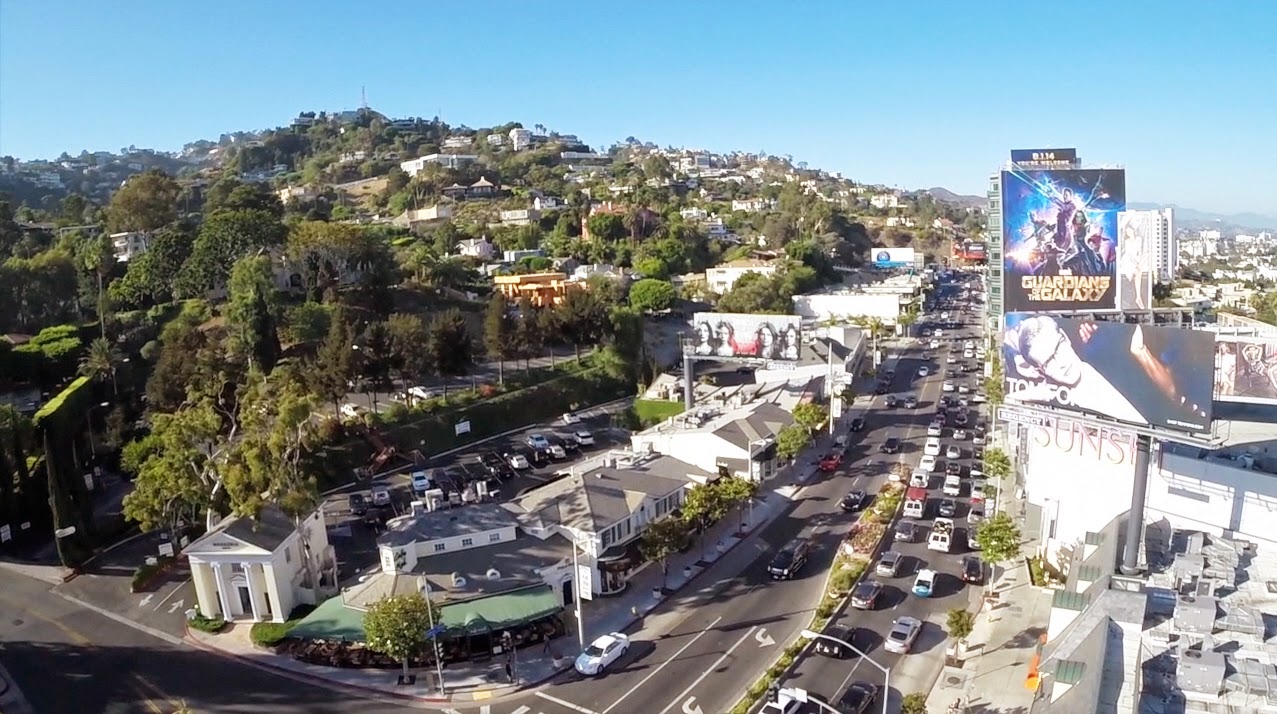 Los Angeles, CA—Technology has brought us unmanned, remote controlled aircraft.  These things have been around for decades. Expectedly they have been engineered for surveillance and combat by military contractors.
More recently GPS advances and really great and diminutive cameras such as the GoPro has brought us an affordable civilian drone that has been thrilling photographers such as me.
The vast majority of the civilian camera drones are weighing in at between one and three pounds and can be safely operated from as much as a mile away.  They can capture stunning images at much lower altitudes than helicopters without the risk of death and destruction.
There are larger and more sophisticated drones that handle the bigger cameras used by the film industry and require very solid piloting skills.
One thing for sure civilian drone operators don’t want their devices endangered or the subject of adverse police scrutiny.
I have two camera drones my least expensive is worth $1,000.00 and my better one cost me $2000.00.  Needless to say I’d be very unhappy if it were destroyed or confiscated by authorities.
The Turf War has begun!
Police and TV news helicopter pilot’s careers are suddenly in serious jeopardy because of the drone technology.  They are antagonistic and understandably hostile to this drone technology.
Every year in America several helicopters crash, lives are lost along with millions in property damage.  The reason is most often pilot error.   The civilian multi-rotor camera drones have never been involved in a single death or remarkable injury.
The civilian drones can operate in much tighter spaces making them more versatile in search and rescue operations at least in regards to finding people, pets and property.  Of course the little drones cannot evacuate people for medical trauma or from precarious mountainsides.
The civilian drones cannot cope with police car chases like helicopters but can provide excellent images of crime, accident, fire and other disaster scenes for TV news.
The L.A. Department of Water and Power is demanding two new helicopters to inspect their assets, equipment and property.  Let me be the first one to say that they can now get by with only one!  They simply need a qualified camera drone operator that would cost a tiny percentage of the price of a second helicopter.  It may be possible to jettison the second helicopter with a small fleet of drones!
TV news operations can save millions and avoid the risk of deadly crashes altogether!
The drones will have causalities for sure.  They are the helicopter crews and the maintenance support staff will be looking for work.
As for the future of manned helicopters that is in doubt two because technology may create the accident proof drone helicopter.  This may not be far away.
One last thing, today’s big drone story in New York is the arrest of to camera drone pilots for criminal endangerment.
I call bullshit on the helicopter cop’s claims that the drones were aggressively chasing them.  I guess the cops overlooked that the two drones have the ultimate back boxes onboard!  They have the SD Ram cards with a full visual record of the flights involved.
The police should have their own unedited video and examination of the three combined videos should reveal the unvarnished truth.
In any event I hope that civilian drone photographers are not subjected to violation of their civil rights under color of law in order to score points in a turf war.
The biggest motivating factor for safe and law abiding operation of the new civilian camera drones is the value of the devices and cameras.  Existing law covers any issues of dangerous or criminal mischief.
Civilian drones have their new place in the sky cut out for them.  The benefits far outweigh any potential liabilities.
The issue of licensing for drone pilots is under review and discussion and my sources are telling me that drones weighing more than 55 pounds will be targeted for regulation.  The multi-rotor pilots like me with small devices will be free from special attention from the FAA.
State and local legislative bodies will be looking to create all manner of bans and new laws.  Let’s hope they all think about the safety and benefits before they act.
I expect to see thousands of new jobs for small drone photographers in news, movie making, farming, real estate, insurance adjusting and many other industries.