Dangerous Criminals May Deserve Execution but Government’s Incompetence is Epic. 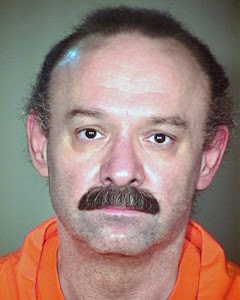 Phoenix, AZ—Joseph Wood was condemned to die after being convicted of two rather nasty murders.  I won’t comment on his innocence because I don’t know.   It seems on its face Wood’s two murder convictions was not the subject of controversy.
We will never know what demons drove Wood’s violence or if there were any very real excusable brain malfunctions behind his mad acts.  We can only guess.
I won’t argue that some hopelessly evil people on our earth don’t deserve to live.  I absolutely encourage people to use guns and other deadly weapons in self-defense and the defense of others.  The concept of killing these people decades later is an entirely different matter.
Arizona used secret drugs obtained from a clandestine source to kill Wood.  Wood’s lawyers demanded to know about the drugs and their effectiveness, but were rebuffed throughout the entire appeal process.  This was happening in a nation where its government brags about its transparency.
Wood choked and gasped for air during the nearly two hour deadly ordeal.  Finally he died.  The legislature sought lethal injection to make murder by government quick and clean.  Just as Wood’s lawyers feared Arizona’s experimental drug cocktail failed and the execution was botched.
Just like Wood’s murder victims, he too had family members and friends.   The kin on both sides of these things always suffer too.  Murder and punishment is an ugly business.
It would be a lot less disturbing if witnesses and cops never lied, evidence and it’s meaning was an exact science but that’s just not the case.
Jurors are a lot of things but perfect is not one of them.  We can never guess what a jury will do and that alone is a monument to their guesswork.
Twice prosecutor of the Year, Kenneth Peasley from Pima County, AZ was the champ of all Arizona prosecutors putting more people on Death Row that any other.  He was a Death Penalty Hero for sure.
Peasley was a brilliant lawyer and ruthless prosecutor.  He was the master of giving immunity to confessed killers if they’d testify implicating others.  Peasley would put a suit on Satan and bring him into court as he vouched to a jury for his witnesses from Hell.
Thankfully that ended when Peasley got caught knowingly putting a perjuring police witness before a jury in a death penalty case.  Peasley was subjected to a pretend Grand Jury investigation by his peers and exonerated.  The State Bar of Arizona yanked his law license.
Peasley since contracted and died of cancer.
With hundreds of Death Row inmates being exonerated sometimes after decades of solitary confinement something’s obviously wrong.
If we end the Death Penalty we will save hundreds of millions on appeals.  We too often forget that we must bay for both the defense and prosecution of Death Penalty cases.  It’s significantly cheaper if we simply warehouse the convicted killers until they die or are too old and feeble to cause any harm.
I’m going to end with a simple premise; the Death Penalty is always and properly the tool of a Police State.  It’s better suited for Nazis, Communists and Fascists. It does not belong in a civilized society.
Who in their right mind would give a politician or bureaucrat the right to kill them?  That’s exactly what we’ve done!  Considering the crackpots we elect was that a good idea.
Posted by Paul Huebl Crimefile News at 7/24/2014 01:48:00 PM

I can't read your blog any longer. The font you use looks like shit in my IE RSS feed reader. Bye, thanks for the good times, but my eyes can't take it any more.

Just hire a CRNA that knows what they are doing and do it right.

Paul, I hope some day you get a TV program. Perhaps a combination of your travel adventures and your experience as a cop in Chicago. I'm sure it would be most interesting.