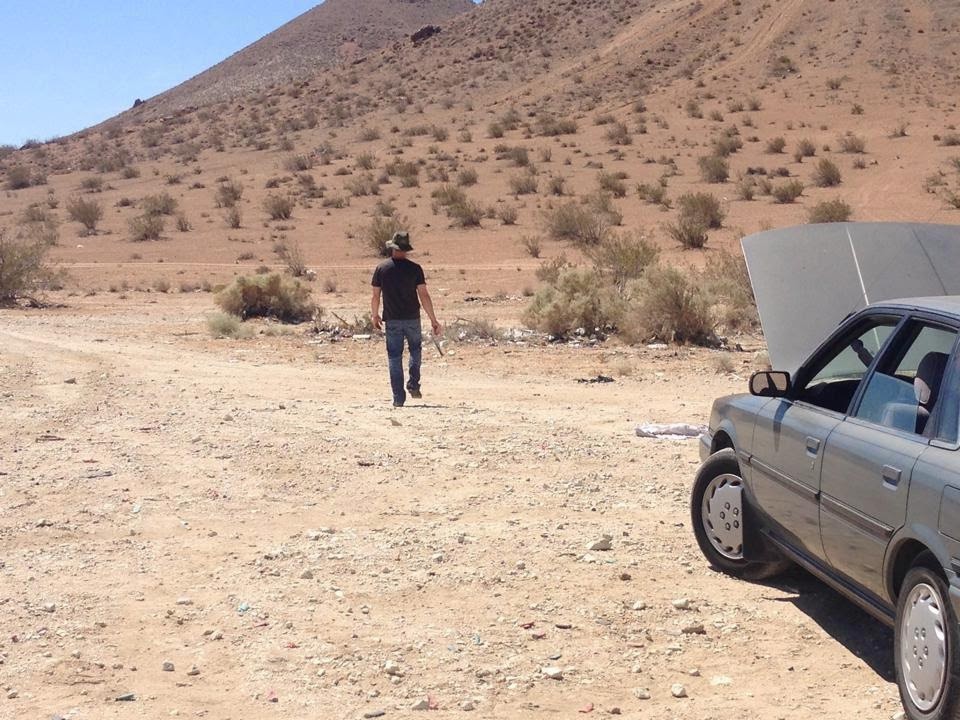 Hollywood, CA—I have to blame my dear friend Pablo Lewin for my obsession with camera drones.  Lewin is a film director who discovered this marvelous and incredibly creative filmmaking tool and got me hooked and empowered with the latest high tech toy.
I’ve done a number of drone stories but today I was going to film a scene for Lewin’s latest film offering. I thought I'd let you in on the experience.
I can still remember that horrible accident in the early morning hours of July 23, 1982, actor Vic Morrow along with two children, My-Ca Dinh Le (age 7), and Renee Shin-Yi Chen (age 6), died in a nasty helicopter crash during the filming of the Twilight Zone  movie.  We've taken any safety risk out of our production!
Helicopters can be deadly and they are too expensive for some filmmakers. Not to worry, the camera armed drones are here!  Today it was me and my drone that eliminated any dangers along with the impossible expense for a helicopter for our low budget film!
Here is the scene. We have not selected necessary music or voiceover for this yet.  I put up Patti LuPone’s version of Calling You from the film Baghdad Café. It’s very fitting for that video.  I love Patti's great work but we don't have the $$$ to put her great voice on our film.  Of corse donations will be accepted!
Stay tuned for this film from Pablo Lewin Productions.  He’s got some great actors and he also has done the principal photography.
Here is the video scene that was shot using a DJI Phantom 2 and a GoPro Black Edition 3+ camera.  YouTube compresses the video too much but the film DVD be so much more cinematic!

What is the model of your drone

Directors and cinematographers may be limited by their experience with traditional platforms where the viewpoint (camera) stays "glued down". Breaking free of old patterns is always challenging but as a "pilot", you are already thinking in different ways and could suggest things they might not otherwise consider.
For example, and not to suggest it's a good or bad idea -- just different, would be to start with a tight shot of someone's face and then to climb straight up and, at the same time, pan down to look straight down on the subject. While this can be done to a limited extent with a boom, the drone can go much, much higher. A helicopter could get a similar shot but only by making a huge wind that would spoil the shot, not to mention the dust it would stir.