Unlawful Government Fees and Taxes on Guns, Permits and Registration 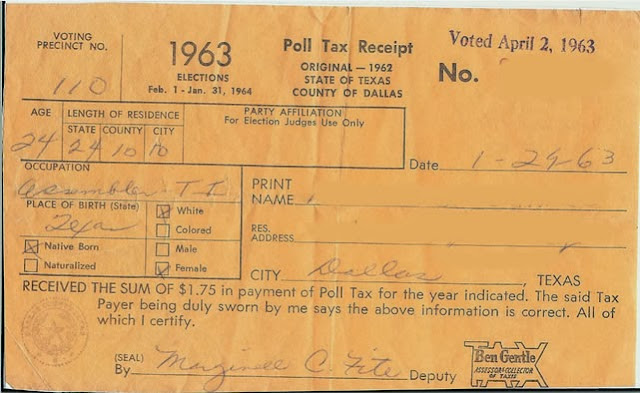 Chicago, IL—The State of Illinois like lots of jurisdictions in America want to over-regulate our rights to keep and bear arms.  Additionally they want to make us pay or face arrest and imprisonment for not submitting to their unlawful extortion demands.
The politicians and bureaucrats want to force gun owners to pay for their bogus gun control bureaucracies that they create to invade our privacy and diminish our rights.  That’s absolutely a lawless exercise.
The U.S. Supreme Court settled a similar issue long ago.  Southern politicians placed a tax on people that were voting.  There were simply called Poll Taxes.  The detractors of these taxes argued in court that they were intended to deprive poor people from voting in elections.  Poll Taxes were outlawed after the Supreme Court ruled that the right could not be taxed.
We have a specific Constitutional and clear right to keep and carry firearms.  For governmental agencies demanding payment in order to enjoy that right is nothing less than criminal extortion and racketeering.
We must enjoin these lawless politicians and their appointed bureaucrats from their criminal and punitive efforts to rob us of our rights with these extortion demands.
Frankly no gun registration or firearm permit law demanding payment is proper.  If our politicians had their way they tax us on each breath we take or word we speak.  There becomes a point when we must tell them, no.

These meddling, criminal government thugs need to be stopped from their predations by any means that prove to be necessary.

Being we have the GOD GIVEN UNALIENABLE RIGHT to self defense, I don't even think a property owner should have the say to strip you of this right. If you want to allow other men onto/into your place you have no right to strip them of their rights.

The worst example of this is the NFA (1934) tax of $200 on machine guns and silencers. $200 back then was, by the gold standard, about $7,000 today. The courts have repeatedly ruled that taxes shall not be used in lieu of legislation, and can only be levied for the purpose of raising revenue. Yet somehow, a blatantly prohibitive $7,000 tax on firearms -- ownership of which is explicitly protected and encouraged by the Bill of Rights -- has been allowed to stand all these years.
It should be obvious to everyone by now, that the government has no respect for the law. Why should we?

you only have a 'right' if you defend it....if you do not use it then you will lose it....government is evil and uses force to make you submit....the bal;l is ALWAYS in your court....misplaced and Un constitutional authority is evil and immoral and not to be obeyed...no matter what....Semper Fi

Here is an report that takes the issue taxing a civil right far deeper and in a suprising direction you may not have considered.


The Constitutionality of Taxing Guns and Ammunition by Jeffrey R. Snyder