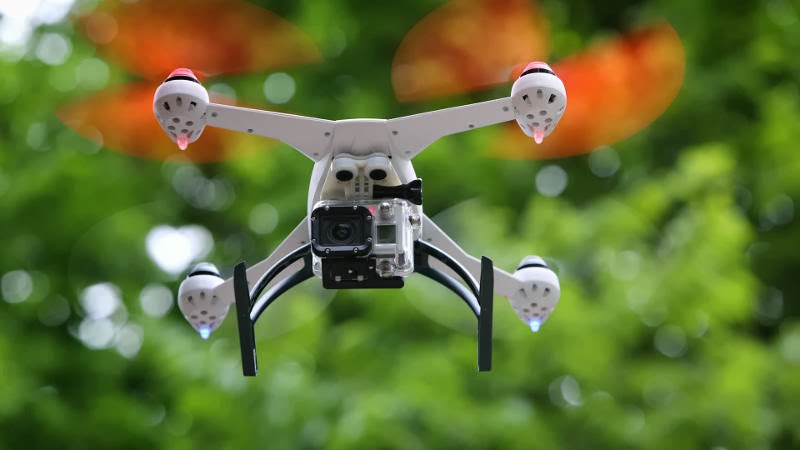 Washington, DC—The Federal Aviation Authority was created for and exists for serious public safety issues.  They regulate airships and pilots in order to keep our air space safe.   That is absolutely an honorable mission.
However they have overstepped their mission by banning the use of small drones for so-called commercial purposes.
Hobbyists currently can fly their drones virtually anywhere without any interference.  Flying at a lower altitude than 400 feet and staying away from other aircraft makes sense.  Nobody wants to endanger anyone or anything including his or her own drone.
They will eventually formally regulate drones.  Common sense should dictate that the size and weight of these air vehicles should determine what is or is not regulated.
The FAA will never have enough inspectors to regulate every teenager with a drone in America.  I don’t think that the taxpayers could or would pay for such government silliness.
Currently the FAA has totally banned anyone for using these machines in commerce.  Specifically they have threatened prosecution of those that would use a drone to gather video or still photos of a news event for broadcast.
I guess the FAA thinks they are above the law and the First Amendment rights of Americans.  To ban newsgathering while allowing anyone else to operate these drones is nothing less than tyranny.
Somewhat like the old TV series about a San Francisco gentleman, hired gun called, Paladin I will offer my services with a business card that reads, “Have camera-armed drone, will travel.”
I’m additionally a licensed private investigator and need to gather atrial shots of crime and accident scenes for court I’m going to ignore the FAA.
I just got an off the cuff opinion of a very respected Arizona attorney that specializes in media and First Amendment issues.  He said, the drone commercial use ban does not seem to be based on content or expression but about the use of air space.  Therefore he thinks the FAA may win that argument.
I respect the attorney and his opinion but I think banning them for newsgathering while allowing any hobbyist to use them seems to violate at least the spirit of Equal Protection.
Of course if I’m flying my drone for any purpose and am asked by anyone from the government what I’m doing I have only four simple words for him or her, I want a lawyer.
Let me also say that I will be flying mostly for fun and as a hobby.
Let me throw down the gauntlet and challenge the FAA!  They will only take my drone from my dead cold hands!

[Former lawyer who did a fair amount of Constitutional stuff speaking here] The 1st Amendment mainly protects the dissemination of news rather than its gathering--there is comparatively little case law on the ability of government to restrict activities related to acquiring information. As I recall, such restrictions need to be content neutral, justified by a compelling state interest, and must bear a close and highly rational relationship to the protection of that interest--I might have some of the buzzwords wrong but that's the general idea. So, if the FAA wanted to limit reporter photog drones, there would have to be a legitimate safety reason and the reg would have to be a good way to accomplish its goal. Inconsistency between the regs for photog drones and hobbyist aircraft would be strong evidence of the lack of a close relationship between the reg and its objective. Clearly, there MUST be some protection for news gathering or there would be no news to report. There are lots of cities who are trying to protect celebrities from abusive photographers, so look for this to be a developing area of the law.