Can Your iPhone Really Be Used to Create a TV News Broadcast Worthy Story? 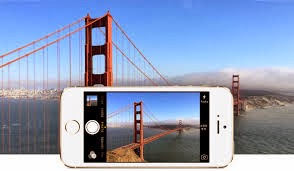 Los Angeles, CA—With the shrinking TV audience brought on by competitive cable TV channels and unlimited Internet sources technology determines everything.
TV news once provided terrific jobs for photographers, producers and reporters.  Pink slips have been raining in newsrooms all over the world.  Newspapers were limited to putting words and pictures on pulp newsprint and even that was difficult and expensive.
The sheer competition has dramatically reduced the revenue that feeds news providers and their workers. Now they all are scrambling to stay in business, keep roofs over their heads and food on their tables.
Newspaper and television executives are slowly learning that putting their content on the Internet is the only way to survive.  Suddenly anyone who can write, shot still pictures and much better yet video can compete with the incredible shrinking big boys of television.
With these changes newspapers have actually bagged some Emmy Awards for their video stories!  So-called newspaper reporting has changed forever. Today we all carry a sophisticated HD TV camera in our pockets that for most people goes unused.  Anyone can be trained to create a very watchable TV news story with the iPhone complete with voice-overs.
The issue after training is equipment and its cost.  Editing can be done on any computer or iPad however the iPhone can do that too in a pinch.  Lack of money is really no bar to telling a story via video any more.
The iPhone does lave its limitations with lenses and microphones but it seems everyday there are new hardware and software fixes being offered.
Michael Rosenblum of the New York Video School is the iPhone electronic newsgathering Guru.  Rosenblum, a former TV news director instructs reporters in the US and numerous other countries how to maximize the iPhone for story telling.  He’s helping news organizations to survive and roll with the technology changes.
Rosenblum also teaches students the proper use of the less expensive prosumer cameras, lights, microphones and editing techniques.   I prefer using the prosumer gear and I’ve been experimenting with those incredible new GoPro cameras too.
A real and undinable advantage of the iPhone is that it is easily transported and very stealthy.  Security people that never think twice about iPhones constantly kick news photographers off property.
If you are skeptical that an iPhone can do a TV news story look at the video below.  This was shot completely on an iPhone.  The audio is not perfect in a couple of places but no words are lost.  The finished product is truly amazing.
Watch: Dublin Dockers by Philip Bromwell, RTE News

Yes.The quality of Smartphone pics and vids is amazing.With Go-Pro stuff as well you really can have your own news agency....thanks Internet!!