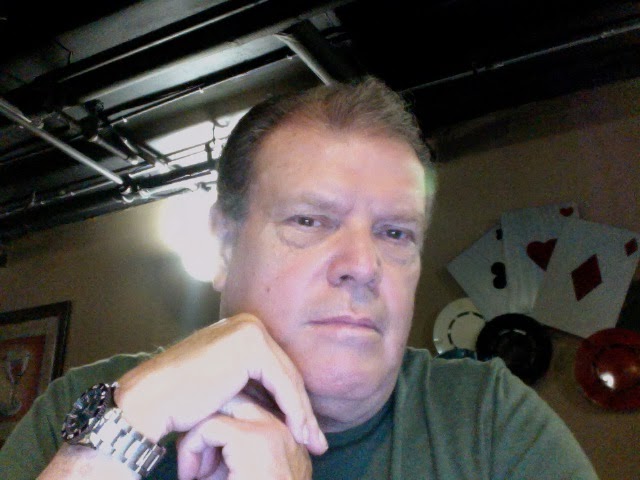 Chicago, IL—I was raised in the Windy City under a politically conservative Democratic Administration.  The Party boss and Mayor was the late Richard J. Daley not to be confused with his pathetic son, Richard M. Daley.
A single mother collecting welfare who avoided parenting at every opportunity raised me.  I was really supervised by various friends of my mother or nobody.   Saying my mother raised me is a misstatement.
As a nine year-old I was taught to prepare my own meals, clean up after myself and to never answer the door should someone knock.  I’d not see my mother but for three or four times a week and she’d be quickly gone again.  I always got myself to school and never once did she offer to help me with my school homework.
My mother was destroyed by the Socialist welfare system that simply sent her money with no strings attached.  A little more than once per year we’d get evicted.   Our property would be carried out to the street in the snow.  As a result I had attend 13 different grammar schools.
My childhood was an ugly experience that ended when I was 14, lied about my age and took up residence in a nearby apartment while working at a hotdog stand after school.  Like most children I just assumed what was going on in my life was perfectly normal and the same for everyone, or at least those without a father in the house.
My mother was made totally dependent and was owned by the Liberal Wing of the Democratic Party.  All she cared about was the monthly checks and the crappy canned food she was given for me to eat by the state.  To my mother Republicans and Conservatives were evil.
I grew to hate Liberal idealism and embrace the idea of breaking free from any form of dependence upon government.
I’m a Libertarian at the Conservative side of the political spectrum.  That does not make me uncaring or evil.
I want and demand limited government, taxes and intrusion in my life.  The best government is the one that’s not constantly making  news for new programs and new wars.
I want and demand prosperity and human rights for all.  I want maximum Liberty and Freedom.  I want equal opportunity for a superior education and jobs for every American.
I absolutely despise seeing America’s children sent off to fight in foreign wars and returning home in body bags or otherwise disabled.  The Swiss have the right notion to stay neutral no matter what.
I simply believe all things happen better without government intervention.
I want to see the end of the deeply flawed death penalty and serious controls on government prosecutors that have lost sight of justice or fairness.
Are the things I want and demand really so radical?  Isn’t this what all politicians promise and then never deliver?
I ask that my Leftist friends understand where I came from and tolerate my position.
The track record of Communists and Socialists everywhere has become a litany of government murder, tyranny and misery.   I can never understand how empty promises of the Far Left Wing politics can be so popular.
I have to ask, are members of the Left Wing blind and deaf?  Can they not see the corruption and destruction to our culture and way of life?
Posted by Paul Huebl Crimefile News at 1/26/2014 06:25:00 AM

Well said. I endured some hardships as a kid but not like yours. We had our electricity turned off often enough that the electric company stopped putting a seal on our meter but a padlock.

My children have never been hungry or without warm clothes. That's not because of some handout but because I work. To many on the dole "work" is a four letter word like the ones you don't allow in your blog.

Someday it will change, but when?

This is Nimesh Patel. Wow, this post was quite touching. I did not know you had to endure such hardships my dear friend.

Collectivism has an excellent track record. That of complete and total failure. Despite that though, the modern day collectivist still thinks "if only we had implemented it better".

I personally happen to think that collectivists do know better. But they are after power- power over you and me. They hate the idea of free minds, free markets, maximum liberty and limited intrusion.

Well done my friend - in a funny way those bad experiences will have made you a lot tougher mentally than you might realise.
You will be able to take set backs and knocks better than many people around you and you will probably be more determined than most.
I agree with everything you say.
Good luck to you - from the UK.

if the system collapses can't imagine how all the pharmaceutical narcotic addicts will respond, no welfare and no access to narcotics, the dependency has become multi tiered.

Congratulations to you, Sir! You not only survived, you prospered -- and that is no easy feat when you are a child surrounded by "grown ups" who never grew up.
My story is very similar to yours, with a father who died young and a mother who was an alcoholic and drug abuser. Constantly moving from one apartment or relative to another, government checks supposedly for food, but all going to vodka and drugs... At the age of eleven I made a solemn vow that I would NEVER grow up to be like all the adults I saw around me. I kept my vow. I got out of the cycle as soon as I was old enough to get away, get a job and support myself. I married, and later raised a wonderful son who has given me some amazing grandchildren.
I do not want "Big Brother" in my life. Let government just get out of my way and leave me alone!

You ask why these empty, failing promises from the Left are so popular? In terms of voters it's because their knowledge of history goes back 10 years at the most. They've never considered the last 70 years of consistent failure. In terms of Left leadership, it's about power, plain and simple. In rare exceptions it could be absolute stupidity, but as Nimesh said above, it's all about the power to control us.

Why do people keep falling for the far-left's empty promises?

Because the far-left always says the same thing, "We'll get it right THIS time."

God Bless you, sir! My mom raised 5 kids working 2 jobs and would not accept welfare or move us to the "projects". We all ahve strong work ethics and only one govcrat in the bunch. Your observations are right on.

Dear Paul,
Your short bio touched my heart. I wish there were more of it. Was there one person, a grandparent perhaps, who served as a role model for you? Someone you really loved?
What about Birthday, Christmas?
Tell us more about the friends who helped you. And when you moved out at such a young age, (unfathomable!), were you able to keep your independence without your parents interfering?

Fair questions: My sergeants from Senn High School ROTC, Mautner and Ketzner were big influences. I could not share my home information to them. I had an aunt and a foster grandmother but my mother interfered with those relationships making them unsustainable. That may have been a misjudgment on my part.

Other mentors were my employers before I was drafted including, Jake Siegel, Dale Nedermiaer and some cops I worked with at the Cook County Sheriff's Police. I lied about my age and got hired.

I also had two great girlfriends (yep two together!) that were a few years older than I was that I shared an apartment with in Old Town. I got drafted, became a medical corpsman and was influenced by the doctors and nurses I worked with in Germany.

My post military life was influenced by some really wonderful friends, some of which have passed on.

My scattered elementary school education was by Catholic schools and the gave me the educational basic tools to learn and survive.

My mother tried to interfere and nearly faced child neglect charges in the process. Everything was covered up. By the way I got around on a motorcycle since I was 15 obtaining an instruction permit with a forged parental permission on my application.

First Sergeant Mautner was my JROTC instructor at Lane Tech and was also a big influence in my life. He was a caring sergeant who treated us like his kids and gave us plenty of advice.

I guess serving in World War 2, the Korean War and Vietnam made him a caring soul who looked out for his kids.

I've often wondered what happened to him. I graduated Lane in 1979 and visited Lane in 1980 but he had already retired and moved away.