More Guns Than Ever In The US as the Murder Rate Rapidly Declines! 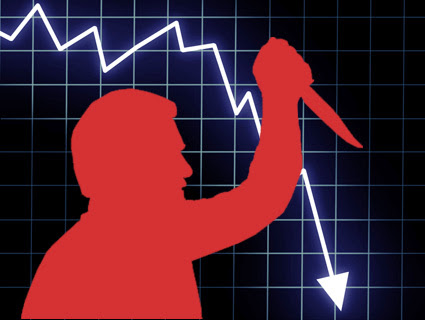 Chicago, IL—Officials here are saying that the murder rate has suddenly declined to 1965 levels.  The same is happening all across the nation. However having anti-gun or self-defense zealot Barack Obama in the Whitehouse has brought on a huge surge of never before seen levels of civilian gun buying.
Wow! Those that think that more guns in the hands of civilians would create massive bloodbaths or worse with the considerably relaxed laws on possessing or carrying them have been proven wrong.
Chicago went from a total gun ban to “shall issue” carry permits for the law-abiding.  The program has not yet been implemented but prosecutors cannot enforce the bans on gun carrying by the large population of people possessing state firearm ID cards.
The George Zimmerman shooting and trial was the greatest PR event against crime ever by sending a highly publicized message to thugs everywhere.  That message is that doing the things that thugs do is now suddenly very hazardous.  Thankfully most thugs are cowards.
With the significant proliferation in people carrying guns for self-defense we are having fewer murders and also surprisingly fewer gun accidents.
On the issue of safety there are two contributing factors to the reduction of accidents.  One is that people carrying guns are getting professional safety training.  The other factor is that guns are not being left behind in homes where children may get their hands on them.  Instead those guns are in holsters being carried by their owners.
There are those folks that still believe gun registration laws are needed.  They really can’t explain why simply because they’ve been brainwashed through misleading political propaganda.
Most people don't know that the U.S. Supreme Court has ruled twice, exempting felons and those prohibited by law from possessing firearms from registering them!  It’s all about self-incrimination and the Fifth Amendment.  Filing out registration forms violates their rights!
Guns are only left at crime when a criminal is killed, wounded or captured at the scene.  Under those circumstances police have all the information they need and registration accomplishes nothing!
Gun owners that become victimized by theft of firearms reports the thefts to police and the serial numbers are entered into a national database. If someone gets caught with a hot gun or one with a defaced serial number a jail cell awaits him or her.
The fact is crimes are incredibly seldom or never committed with guns in possession of their registered owners.
Gun registration is meaningless other than to provide political despots a list of people to disarm or otherwise attack.  Newspapers have also printed the names and addresses of registered gun owners informing burglars wither homes to avoid or ones where they can steal firearms.
Professor John Lott made the case for that premise in his book titled, “More Guns, Less Crime.”   With all the restrictions lifted since and the sales of millions more guns Lott has proven to be absolutely correct on every count!
As Americans we have a duty to protect each other from a tiny minority of criminals that would victimize us.  We cannot ever depend on the police arriving minutes or longer after the crime to make any meaningful difference.
The evidence and facts about gun rights are a lot different that the political propagandists have been claiming for decades.
To look at the reverse of this more guns, less crime argument simply look to the UK and Australia where they more recently in the last few decades outlawed guns.  Crime and particularly murders and serious assaults have skyrocketed since the bans went into effect.
The real facts are that the gun-rights haters are driven by misguided emotions or a desire to disarm Americans for nefarious purposes.

Here's an interesting article about the rise and fall of violent crime due to lead exposure.