Extreme Political Correctness is the Politics of Division 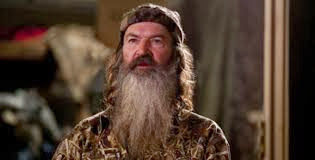 Chicago, IL—The biggest lie ever told was that, all men are created equal.   That may have been the first recorded politically correct statement.  It was simply designed to make anyone who felt inadequate feel better about being shortchanged by life.  It only served to strengthen the fact that someone is indeed inadequate!
When you think about it some folks are always taller, stronger, faster, smarter, wealthier, healthier and more attractive.  We all have our strong points and weaknesses.  Life is not fair, not by a long shot.
We humans are not clones but come in all shapes, sizes and colors with educations, sexual proclivities and cultures that are widely diverse.  Humans are drawn to different faiths and subscribe to them with different levels allegiance.  Most of this is determined at birth.
We all have a stereotype and some of us seem stranger to each other or even comical.  That’s not hate, ill will or some evil manifestation, its reality.
When religions and cultures clash it can get really ugly. We need to find ways to voluntarily accept our differences rather than to be forced into tolerance.   Coercion, threats, punishment and hatred over our most basic differences serves only to further divide the human race.
In America’s past, children would call each other names to thoughtlessly demean each other.  If you became a victim of this behavior you’d go running home crying to an understanding mother.   She’d tell you that sticks and stones rhyme.  Hurt feelings were just not the same as broken bones.  The children would soon get back into the mix and become fast friends forgetting those differences entirely.
Today in America if someone has a beer too many and publishes an ill-advised tweet that offends someone sensibilities, it becomes a hate milestone.  It’s treated like a major crime and can mobilize millions into absolute frenzy.  The misdeed becomes so blown out of proportion that jobs are lost and lives become threatened.  How is this anyway productive?  Every hypersensitive over-reaction invites more division and hatred always becomes the victor.
The recent Duck Dynasty silliness has pitted free speech and religion against the shrill screaming of some but not all in the Gay community.  Why can’t some Gays accept that most religions of the world view that lifestyle as sinful?
We really have no right to inspect each other’s bedrooms so why does that matter?  I consider sexual preference something that’s programed into our DNA.  If most Humans were born Gay we as a species would not have survived.  Does that make it wrong?  I just don’t see a reason that deserves any of my concern.
Whether we know it or not we all have Gay friends.  Friends are those we will fight for and help.  I need all the friends I can get.  Sharing and kindness is what friendship is all about.
Any human that is kind to me qualifies to be my friend.  Intolerance and insensitive remarks should be avoided but they will always happen.  Instead of throwing gasoline on such fires that is the very best time to spread good will, forgiveness and kindness with the offender.
Political correctness is nothing less than a meaningless effort that cannot succeed.  Being a politically correct bigot does not make anyone superior to a Nazi or KKK member.  We can celebrate our differences and still learn to laugh with each other rather than at each other.  Political correctness is nothing less than a bar to genuine brotherly love.

"Extreme Political Correctness is the Politics of Division"

Simply stated: Often, or usually, when someone is accused or mocked for being politically correct, they were just simply being a decent, respectful human being.

A personality trait that is obviously more practiced by those on the left. The evidence is overwhelming.

There are those that are ridiculous and problematic by being "extreme" concerning such behavior.

Yea, you are a "misfit." That itself not necessarily good or bad. :-)

I wish you well.

PS The hoops I had to jump through to post were very annoying. VERY ANNOYING!

PPS I attempted to post a second time "Anonymously," and will include my email address in case you care to respond.

The Phil Robertson controversy is really no controversy at all. Everyone involved in it are doing exactly what they do and no one should be surprised.

Duck Dynasty is a reality show about hillbillies and I am sure the creators intended America to laugh at them but like so many other liberal ideas it didn’t work out that way. America didn’t laugh at them - they laughed with them. They are in fact a charming group of people that you can’t help but like and their everyday misadventures are fun. They have become a sensation and a national treasure.

So a liberal publication decided to interview one of them and they were appalled by what he said. Come on now, what did they expect him to say?

So a hillbilly said something hillbillyish and what did the Tolerance Nazis at organizations like the Gay & Lesbian Alliance Against Defamation (GLAAD) do? Why they did what Nazis always do – they shut him up and should we be surprised by this? No we shouldn’t. They are just being the bigoted hypocrites that they are.

Tolerance is a two way street and anyone asking for your tolerance should be willing to tolerate you right back but they do not. Outfits like GLAAD want more then tolerance – they want submission. They want nothing less then to shove their opinions right down your throat and make you choke on them. They are tyrants and want to dictate our social norms and they will use any means available.

Homosexuals suffered persecution at the hands of the real Nazis during World War II the same as the Jews so you would think that they would be against heavy-handed persuasion but they’re not. Instead they embrace it and I’m not just talking about taking away a man’s livelihood either. Last year for example if not for the a quick thinking and very brave security guard a homosexual man would have went on a murderous rampage at the Family Research Council offices in Washington D.C.

Will gay fanatics also try to murder Phil Robertson too? Probably a lot of them would like to.

In what universe does a “decent, respectful human being” wish that a wad of shit be shoved in Sarah Palin’s mouth?

The biggest lie ever told was that, all men are created equal. That may have been the first recorded politically correct statement. It was simply designed to make anyone who felt inadequate feel better about being shortchanged by life. It only served to strengthen the fact that someone is indeed inadequate!

While I agree that "political correctness is a humbug, I do take exception to the above. The context of the saying is that all men are created equal in terms of their humanity and the rights associated with being human. Of course each individual is, well, individual, but each has the same natural rights (i.e. biological imperatives).

And to the commenter who says that political correctness is "just simply being a decent, respectful human being", I say that one is entitled to his own beliefs -- not entitled to impose them on others.

You seem to have a fundamental misunderstanding of the idea of equality. All men are created equal, but you have to make a distinction between equality of opportunity and equality of outcome. Everyone should be equal before the law. Everyone is equal before God. Everyone should have to opportunity to pursue the endeavors they choose, as long as they aren't aggressing someone else or their property. The difficulty arises when moral busy bodies attempt the use coercion, through government or otherwise, to create equality of outcomes. This is the aspect of equality that is not possible, or even desirable.

There is no valid scientific evidence that homosexuality is genetic.

What is a friend?

1. There are reams of scientific evidence that living a homosexual lifestyle are hazardous to your health.

2. There is no doubt that the Bible condemns homosexual behavior. The ultimate consequence of continuing in such behavior is eternal separation from God. Is there a God? The evidence overwhelming suggests there is.

Are you really a friend if you allow someone to continue in behavior that is destructive both physically and spiritually without warning them of the danger?

Finally, militant homosexuals are not satisfied with keeping their behavior in their bedrooms. They want to flaunt it publicly. But more than that, they want to use the coercive force of government to impose acceptance of their deviant behavior on everyone.

FF your definition of all men are created equal has been pulled out of your butt. You seem to have passed on the word, created. You go on to say that we are all equal under the law. That is even a bigger lie. All men are equal under the law because of wealth and or influence that we may or may not have.

The Bolshevik bastards claim the have the solution. Everyone is equal except the party big shots who lice obscenely on the backs of the population.

Life is not fair and we must cope with the reality that is our lives.

All people are created equal but the reality is some are more equal than others!Life isn't fair.We need to create our own lives,and create for ourselves and give to ourselves what we think we deserve.The government will never give you what you think you deserve "from them",which is actually the taxpayer.The taxpayers are having a hard enough time keeping what they have.