Is there Life After Reporting for Phoenix Television News? Eileen Faxas shows us the answer! 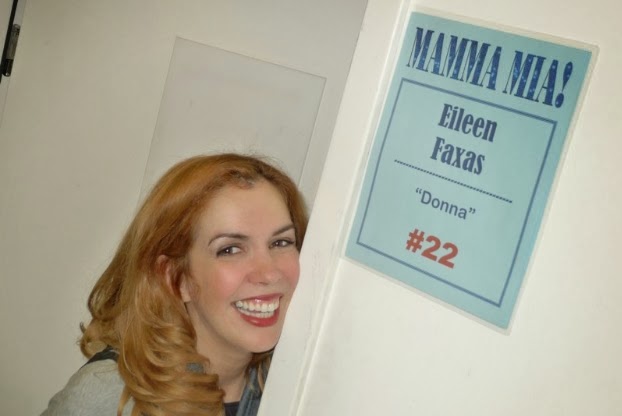 Phoenix, AZ—A while back when I was doing a great deal of investigative TV news producing there was this KPHO-TV general assignment reporter I was working with, Eileen Faxas.  Faxas was not your typical cookie cutter reporter.  She stood out with her wild red hair and statuesque showgirl figure from all the rest.  You’ve seen a lot of her in the 1990s on CBS5 news reports.
Faxas was dedicated and disciplined but was too often assigned to less exciting news stories perhaps because she found ways to make them interesting.  She managed to pick up a few Emmy Awards along the way.  Faxas was a stickler for using proper English and I soon was surprised to learn she was a Cuban commanding two languages!  One day Faxes moved on. Frankly this lady did not really belong in TV news but had a higher and more demanding calling.
Faxas showed up in Miami, FL and put herself out for theater, commercials and as a singer.  I never envisioned her as a singer, actress and dancer.  Faxas developed as a consummate triple threat performer.  Soon Faxas was hitting the New York and national stage tours in Musical productions like Mama Mia and Cats. 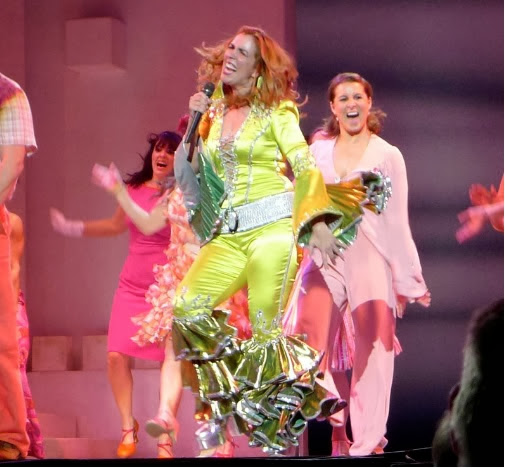 More surprises were found on the Elieen Faxes YouTube Channel!  There you can see lots of her in action pursuing her obvious dream and making a living!  You can subscribe to this channel as see just what this former newsie has been doing.
TV news prepares performers by getting them used to the stage and public display.   When reports wind up in films it’s always a cameo role as a reporter.  Not Faxas, she finds and creates her new characters in whatever she’s doing. 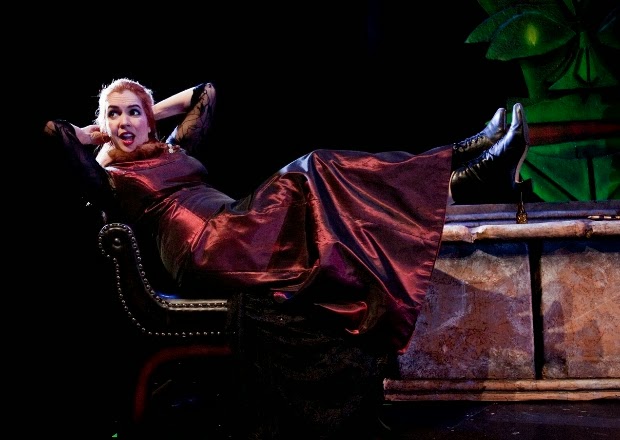 TV news has hit the hard times because of cable and the Internet.  I’m really thrilled to see Eileen having the time of her life bring joy to audiences wherever she performs.
You can check out just what this multi-talented lady has been up to on her website:
http://www.eileenfaxas.com/EF/Home.html
I will leave you with a really nice duet with a fellow cast member from Mama Mia, Justin Berkobien singing, A Christmas season offering, Oh Come Emmanuel.