For Violence in America There is No Cure, Only a Treatment 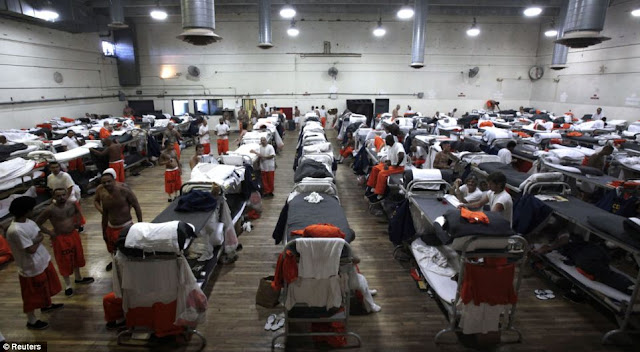 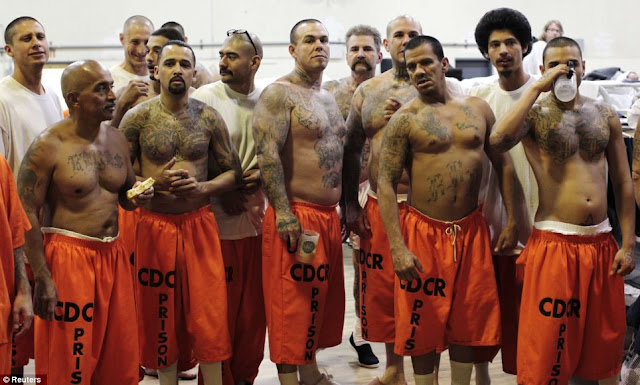 Las Vegas, NV—As Obama and his minions want to further diminish liberty and freedom in the name of public safety you need to read much further.
The possession and carrying of firearms is constitutionally protected activity.  Pure and simple this was guaranteed so Americans could use deadly force against government officials trying to disarm them.
Americans somehow accepted that their gun rights artificially converted into a coveted privilege for the rich and politically connected.  Just because it’s been that way for decades does not make it legal or constitutional.
California is about to enter a state of siege.  The California Department of Corrections has been releasing felons at an alarming rate to comply with a court order.  They don’t have nearly enough parole agents to keep up with the young, dangerous and unemployable thugs being let loose.  Parole agents have warned me to tell the public what the politicians are trying to hide.  Crime is suddenly skyrocketing and the released felons are the source.
Many Americans have grown accustomed to watching TV and movies that show incredibly well trained cops arrive on scene to stop crime always in the nick of time.
The truth is they can’t respond before you bleed out from your wounds and die.  Police service really only provides a clean up crew for the bloody mess left by thieves, thugs rapists and killers.  They may or may not be able to find and arrest the criminals long after the damage is already done and lives are simply lost forever.
Americans must learn to accept the responsibility to protect themselves and their families.  That means obtaining firearms and the training to safely and lawfully use them.   That also means avoiding risky behavior and conflicts.  We also have a duty to protect our neighbors and nation.  The problem is that a small majority of our population has turned over that important duty to inefficient government.
When the police respond to help you they often have great difficulty determining just who the offenders are and often make matters much worse than before they arrived.
Calling 911 can bring you much bigger problems than you could ever imagine.  911 should be used only for medical emergencies and fire suppression only.   The only real need for police is to document insurance losses.
I will make an exception for those who come home finding burglary signs.  Let the cops make entry to and clear it of burglars.  Entering your home after signs of burglary is foolhardy and risky for sure.  Even for cops this is never a one-man job.  Cops have dogs, shotguns, protective vests and the manpower for such events.
We need to demand that honorable people trained and armed with firearms protect our children.   We need to reinforce physical barriers, lighting and alarms at our homes and businesses.  We also need to be aware of our surroundings those strangers entering our space.
Until recent decades nearly every security guard in America was armed to deal with the unthinkable.   Today, unfit, ignorant, untrained and otherwise unemployable people wearing quasi-police style costumes have replaced armed security guards.  The mere illusion of security and Gun Free Zone signs are absolutely meaningless to criminals while these efforts seem to satisfy the general public.
Firearm owners need to beef up their own security because recent demands for guns and ammunition have emptied gun shops across the nation making them desirable targets for criminals.
At least one family member should be packing an adequate defense gun whenever possible.  This is no different than wearing a seat belt while driving.
Ask yourself, why you’d turn over your personal safety to strangers who may cut and run away when you need them most?
The only workable treatment for violent crime is a combination of conflict avoidance, awareness and being well prepared for the unthinkable.

Who is Guarding the supposed Guardians?

Santa Monica Community College District
"agreed to a $1 million settlement with 21 students for their police using excessive force," that is - pepper spray on students.

This pepper spray attack could have been totally avoided with proper police schooling! But unfortunately there is too much abuse of power in Santa Monica.

Regarding Violence In America and in The World

a) a Petroleum Plant in Algeria
b) or a child at an American School (CT)
c) or a youth or adult at a school in America (Penn State?)
or
d) whether you lived in an ancient city such as Rome or in a fortified castle in England

If the armed guards on duty are sleeping, or don't have enough weapons, or worse are non-existent - sooner or later there will be grave consequences - as surprise works in favor of the invader - a wolf in sheeps' clothing keeps surprise under wraps - a key factor in their success - combined with no arms or armed guards around to defend property, people, their precious bodies and their liberty.

Little lambs -are on their way to bloody slaughter - just like the hostages that were taken by invaders in Algeria, because the facility was not guarded enough - & there were not enough armed guards to prevent the tragedy, before it happened.

Unfortunately the criminal justice system is really overloaded with cases. Judges are releasing inmates on their own recognizance (OR) at an alarming rate. They need to reconsider the burden this puts on society because with OR, there is no accountability. As a bail bond agent in Santa Barbara, CA, we are responsible to the court for the appearance of an accused individual. If they fail to appear, we actively pursue the person. However, if they don't go to court while on OR, only a warrant is issued in hopes that the person gets caught.