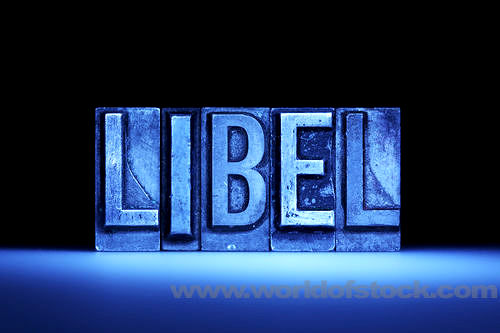 Cyberspace—When anyone publishes material in any form where it’s expected to be viewed by others there is a responsibility that accompanies the offering.
We must simply remember the so-called Golden Rule and there will never be a controversy.  However disagreement, revenge and hate have been in abundance on the free for all we call the Internet.
The laws of libel are for the most part simple.  Don’t publish lies about any living person or organization.  Only the living have standing to sue so only simple decency regulates what you publish about the departed souls in our world.
Imagine if you suggested in a story that a major soft drink company sold a cola drink that contained poison.  Okay, one could argue that too much sugar was toxic and life threatening. Before it was over some major beverage manufacturer would own you even if sugar could be considered harmful.
You can ask the question about whether someone is a crook in safety but calling someone a crook without evidence is dangerous and actionable.
Blogger postings invite comments from readers that for the most part are anonymous.  So far bloggers have escaped responsibility for libelous comments posted by readers.  Again simple decency should prevail on the blog publisher’s part and offensive libel should be stopped cold.  This is far from settled law and will be litigated for years to come.
I don’t think many bloggers want to be the test case shelling out many tens of thousands to find out how the law shakes out.
As for me my venom is hot and biting but I have no desire for publishing lies or cruel remarks about the undeserving.
I am careful to delete comments that are profane or that make allegations that I’m unable to verify.   I judge comments and try error on the side of reasonableness.  When in doubt the comment goes away.