Video Vigilantes and The Romney Campaign, a Sign of the Times 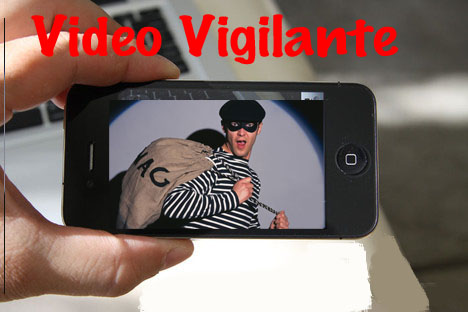 Los Angeles, CA—Back when the mainstream media had money the sensational hidden camera story was all the rage.  Ambiguous privacy laws, deep pockets and lawyers changed the game, at least for well-healed broadcasters.
The days of big broadcasters using hidden cameras has ended because of the omnipresent specter of expensive litigation.
The landmark case that changed everything was in 1992 when ABC News, PrimeTime Live did a revealing hidden video exposé of the Food Lion supermarket chain’s really disgusting meat marketing deeds.
Food Lion was selling outdated meat to unsuspecting shoppers.  ABC claimed the practice was a health hazard but allowed six months to pass before airing their story for the industry sweeps time.  I guess it wasn’t that serious of a health threat after all.
It’s a safe bet that Food Lion would never have let ABC News come unannounced in with cameras, inspectors and reporters to show the public what they were actually buying.  ABC News understood that and went in another more sensational direction.
ABC resorted to a clandestine route of deception, concealment and, of course the sneakycam.  They infiltrated Food Lion with reporters, spooks and spies to gather news and make history.
The truth is always a defense against libel.  Cameras seldom lie and wining a libel award over a hidden camera piece would be unprecedented.
As it turned out this was not about libel or for that matter the truth.  Instead it was about trespass, deceptive acts and invasion of privacy.
Food Lion went to their lawyers who sued ABC and obtained a $5.5 Million jury verdict.
How does this impact today’s citizen journalist, blogger or the opportunist that uses a concealed IPhone or similar device to capture what might turn out to be a regrettable conversation or performance?
ABC News had really deep pockets, insurance and assets that Food Lion’s lawyers were confident in seizing.  Had some small group of video vigilantes done the same thing, the lawyers would have had zero interest in pursuing Food Lion’s claims.
I’m not saying that Food Lion or anyone could not sue a citizen journalist, it just would be burdensome and a giant time waster.  If they did prevail no jury would return such a large verdict against some vigilante with a camera.
Collecting even tiny judgments against ordinary folks can be very challenging or even impossible.
There are however laws in various states, about gathering audio or video that can be quite draconian and punitive.  Citizen journalists must be very careful not to wind up charged with wiretapping type crimes.
The hidden camera investigations are again making headlines.
The Mitt Romney Campaign my have picked up several million new votes from his apparently candid remarks.  Most Conservative voters could find little difference between Obama and Romney.  Now they may take a chance in voting for a Liberal Republican.  The effort to cripple the Romney campaign may have backfired!

This video of Mr. Romney commenting that those who pay no income tax probably won’t vote for him actually surfaced three weeks ago. This definitely suggests that the press was holding it back to use as a distraction for a time like this – to cover another screw-up by the Incompetent in Chief. The presstitutes are certainly working overtime for their favorite tyrant.