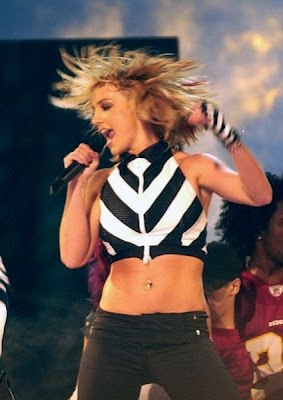 Los Angeles—The very troubled Britney Spears is in Cedar Sinai Hospital for a much needed mental health evaluation. Police responding to a custody dispute found the irrational singer in a state where she may pose a danger to herself or others. The standard protocol for police and paramedics was followed by signing Spears in for mental health observation and treatment.

Spear’s behavior for the past couple of years seems to be influenced by the scandal sheets and TMZ.com. Spears has become sad caricature of a circus performer dancing at the direction of the likes of cruel paparazzi photographers who are laughing at this suffering creature rather than with her.

It’s only a matter of time before police or paramedics find this once vibrant, talented and beautiful young woman dead, perhaps after she hangs herself or intentionally ingests a lethal drug overdose. The public’s morbid need to consume the fringe media products should be listed as the cause of death for Britney Spears.

I have a deadly serious question for TMZ’s Harvey Levin. Is the pursuit of Britney Spears just business or a premeditated murder?
Posted by Paul Huebl Crimefile News at 1/04/2008 06:53:00 AM

Paul, I totally agree with you! They, AKA the media whores who invade peoples lives for money - under the guise of it being "news", don't need to do it for me. So listen Harvey, we don't need your lousy news on any celeb. as we can live without it - but the real question is "can you Harvey, live with yourself after this young star Britney kills herself? For a lousy dollar you really don't care about human life as long as you and your associate scum bags can get into her life and make some more money. You guys are beyond "prostitutes" - in fact your TMZ Harvey sluts give "hookers" a bad name! How do you look in the mirror Harvey? I can't wait until it's time for God to judge your ass Harvey - you guys will do anything for a buck - that makes you the lower than dog shit. The Old Copper.