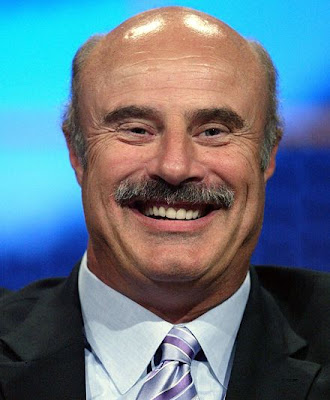 We all know Britney Spears was sent against her will for a mental evaluation that was interrupted well short of the normal 72 hour period. It was cut short for one reason and one reason only the physicians at Cedar Sinai Hospital felt she was not a danger to herself or others.

Sure Spears has done some nutty things but the diagnosis for mental illness is the within the province of medical experts examining Spears not the exaggerated media reports or the public’s conjecture and gossip.

I have to ask what prompted this LAPD SWAT standoff. I suspect I know the answer. Spears’ ex-husband Kevin Federline called the cops and suggested that Spears was drug intoxicated, insane and armed with a handgun. Yes, Spears owns at least one handgun and that troubles the LAPD enough for them to error on the side of taking Spear’s gun away from her even absent any evidence of a crime. If that’s the case I understand why Spears refused police demands. Her rights were violated.

What about the unwanted interloper, Phil McGraw? McGraw used Spear’s fame and current news making problems to raise his own profile and television ratings. Without being invited into Spear’s life McGraw publically diagnosed Spears as being in dire need of mental treatment. Of course McGraw is not a physician and is unqualified to make that call. As a psychologist McGraw could be a part of someone’s mental health treatment program but he was not asked for his services.

McGraw’s real outrage was engaging in public speculation of a possible mental condition and his calling Spears Crazy. McGraw has been televising people’s private mental health conditions for far too long. Mental health matters are private and not for public consumption as entertainment. I find McGraw’s behavior actionable in a civil court and would support Spears in any lawsuit against McGraw. The boards of any states granting McGraw professional licenses need to investigate and take proper action.

As for Kevin Federline, it’s obvious that Spears’s problems began when she cohabitated with him. Did Federline introduce her to drugs? Federline's role and motives need further examination.
Posted by Paul Huebl Crimefile News at 1/06/2008 03:33:00 PM

As a psychiatrist working in emergency settings, I frequently find myself committing people against their will for proper diagnosis and safety issues. It is not uncommon to release patients after a short stay which often ensures support networks and a better understanding of the patient's clinical situation. I completely agree with the author's option in this setting. "Dr" phil is purely using this case to increase his profile in the public eye.

Dr. Phil was requested (in fact, BEGGED according to one source) to intervene in the Brittney situation by her parents. Now Brittney is an adult and her parents have no real power at this point over her mental health care or anything else, but Dr. Phil didn't just insert himself, he was invited. Now Jamie and Lynn Spears KNOW what Phil McGraw does, they know he has a TV show. Were they right to bring him into the situation? Maybe, I don't know, but let the blame lay where it does. He was asked for help and he tried to do so. As for any statements regarding diagnosis or potential treatment, we don't know if he was authorized to and spoke to her attending physicians or was allowed access to review her medical records, so we don't really know if he was informed enough to make the comments he did.

Any remarks made by the not so smart Phil McGraw about Spears’ condition should cause a civil summons to be issued and a whopping court judgment.

McGraw was way out-of-bounds. McGraw needs to say goodbye to his professional license and his television show.