Yes, The George Orwell’s Thought Police Are Here In A Big Way 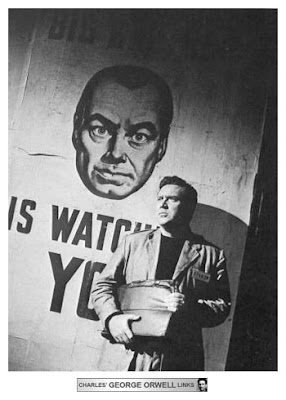 More than two decades beyond 1984 the Thought Police have a huge presence and demand unlimited access inside our heads. Nonsense you say? Just ask Michael T Arnold. He returned from the Philippines to the LAX Airport with his laptop computer and U.S. Customs during a routine search read his mind or in this case his computer hard drive. Unfortunately Arnold’s thoughts about children engaged in sexual activity.

Child pornography was located on the computer’s hard drive and now Arnold faces years in prison. Los Angeles Federal Judge, Dean D. Pregerson granted a defense motion to suppress the hard drive evidence from court proceedings. The government lawyers appealed and we now will wait for the courts to speak about this issue.

Today cops include computers and their storage devices are in every request for a search warrant and judges sign the warrants without a second thought even when there seems to be no connection to a crime or the subject of the investigation does not own or even know how to use a computer.

Police evidence lockers are filled with thousands of seized computers that languish for years waiting for forensic examination and possible court trials. By the time computers are returned to innocent owners their computers and their operating systems are outdated.

The sexual exploitation of children is really ugly. Police probing into our thoughts and hard drives is far worse. Old established investigative methods of locating, rounding up, trying, and punishing pedophiles still work rather well. Even without the Thought Police we have always netted enough of these sick bastards to overflow our prisons. We don’t need the Thought Police in America!
Posted by Paul Huebl Crimefile News at 1/07/2008 09:28:00 AM

Guns of the Movies ,

Okay, why should the government have the right to snoop inside MY hard drive just because some whackjob has kiddieporn on his? That’s the whole point.

Taking away our freedom and liberty just because criminals exist is un-American. Criminals drive so perhaps they should outlaw cars like they do guns?

Since we are all potential criminals perhaps we should all be locked up to prevent crime? Where does this garbage end?

All intrusions and violations are permissible if they are done in the name of Protecting the Children™. If you protest, well, what are you, some kind of kiddie rapist!?

This country is doomed.

Throughout the years, the price tag on instrumentals decreased
that has its positives and negatives. He began pursuing the conservative school of painting in the first place, which later
took a completely different course. For the Dalai Lama, the spiritual leader of the Gelug sect of Tibetan Buddhism, to become so
thought to be essentially the most influential person with the year inside western world is an ideal example in the respect we should all show toward other religions and also the acceptance of views that do not effectively always mirror
our own.