Unarmed Security is Meaningless Because it Simply Facilitates Violence 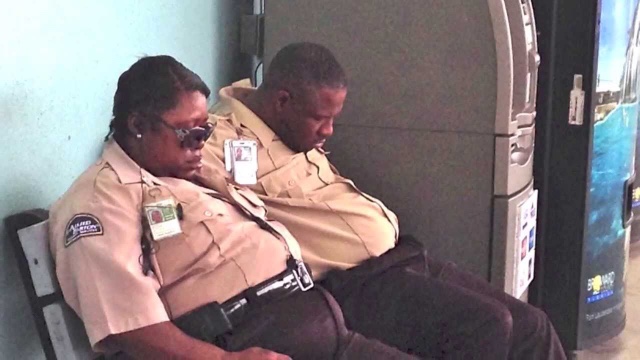 Los Angeles, CA--As the final preparations are being made for Sunday's Oscar Awards Gala terrorism is a real possibility.  Terrorists love to create havoc during events that draw worldwide publicity.
Having untrained minimum-wage earning workers in pseudo police garb is beyond silly.  Thankfully the LAPD will be out in force with every possible resource to deal with these issues.
I keep wondering when terrorists will employ mortars for assassination and terror within the USA? That may be old technology but teemed up with small computers those things would have amazing accuracy.  Air surveillance by helicopters or drones is  now more important than ever.
Our large shopping malls are perfect soft targets because they phased out armed security over 40 years ago.  Before everyone had a cell phone there was an advantage to mall guards with radios.  They could notify their office to call police to deal with problems.  Now anyone can make the call so that became a game changer.  Now other than giving directions to confused shoppers or dealing with lost children they have no function.
The Gun Fee Zone concept works as long as criminals or terrorists are not involved.  Making a super-soft target of any public gathering site is pure insanity.
Running, ducking and hiding does not save lives.  Armed resistance on the other hand is a proven lifesaver.
Remember, when seconds count the cops are many minutes away. Once the cops arrive they can't tell the good guys from the bad ones.
Trained and armed citizens or security people can react and end these unthinkable events on the spot.
I must ask, why do the mall operators and politicians always  prefere solutions that they know don't work?
Posted by Paul Huebl Crimefile News at 2/26/2016 09:40:00 AM