ARMAGEDDON IS ON THE WAY! 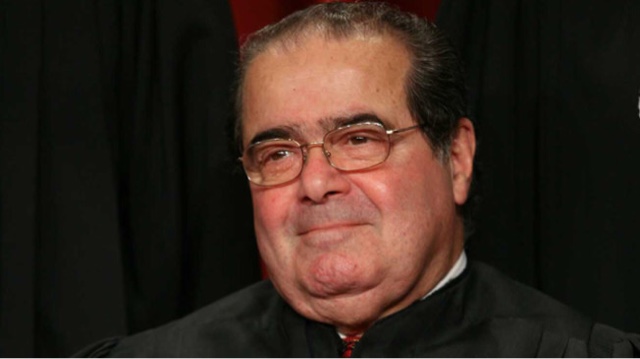 Big Bend, TX--With the sudden death of Supreme Court Judge  Antonin Scalia we can count on Barack Obama to appoint a gun grabbing Communist to the court.  That would shift the court 180 degrees to the Left.
It remains to be seen if foul play was involved in Scalia's death however at 79 he reached life expectancy for males he was however considered in good health.
My guess is we are a year away or less from a second Civil War as the Left will destroy our hard won freedom. We can try to wait and see but by then it will be too late.  Arguably any appointment could face delay by the Senate but should that happen the unrest will be severe.
Obama has prepared his Homeland Security just as Hitler did with his SS.  They've been given huge resources and more than a billion rounds of ammunition to use against guess who?
Internment camps are ready along with thousands of coffins for those that dare resist. I see absolute doom on the horizon.
Can Obama's effort to appoint a Communist pal like Eric Holder to the court get derailed? Delayed perhaps but it's unlikely he can be stopped.  Martial Law can't be far behind.
We fought for freedom before but will our young men and women even understand the importance of protecting our Bill of Rights enough to fight for them?
Will any future election in America ever be trustworthy?
Food, arms, medicines and ammunition will begin disappear from our shelves.  God help us all!
Posted by Paul Huebl Crimefile News at 2/13/2016 02:51:00 PM

Paul, I don't know if you are a Bible believing Christian, but I do believe that what you refer to is the point where the Angel proclaims, "Babylon the Great has fallen."
Within a year is a possibility, It is my opinion that it will happen prior to Barry leaving office.
I am in agreement with you.
With the TPP the President will have authority on par with what the Reichstag gave Hitler at the start of WW2. Barry is no Hitler. he's worse.