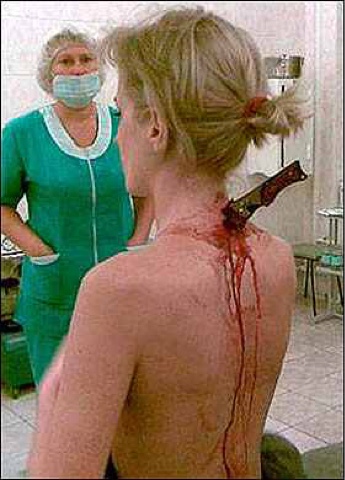 Los Angeles, CA--As California's politicians enact new protections and enablements for its criminals the results were to be expected.
As California arrogantly bucks the nationwide trend of reversing gun bans the crime rate here is going off the charts.  Police are unable to respond to even the more serious crimes in a timely fashion. So now even the cops and their union are telling people to pack heat.
Guns are just as necessary other pieces of safety equipment like seat belts or fire extinguishers.  Without them and some training you and your family's lives are more endangered.
For many decades after the invention of automobiles most people scoffed at the idea of wearing seat belts as unnecessary!  Statistics were clear that seat belts saved lives. Finally laws made using them mandatory.  You only need them if you get into an accident!
You only need a gun when criminals threaten you or a family member's life!  Your chances of being a crime victim are much better than being in a car accident!
Unlike seat belts those that choose to scoff at their own use of a firearm for self-defense want to dictate away the self-defense tools for others!  They fail to realize that cowardly criminals are actually deterred just knowing the victims they select may be armed.  In the end more armed law-abiding citizens armed the safer it is for everyone.
Why to people believe a 911 operator on the phone is somehow more adequate than a gun in their hand? Of course those people that opted to stay unarmed don't have the training that would help them understand the effectiveness of defensive gun use.
Guns are used thousands of times a day to stop criminals cold in America.  Over 99% of the time these incidents just don't make news since not even a single shot is fired.  Instead the criminals simply run for their lives!
Of course the gun owner that's unwilling to actually fire shots is likely to have their guns forcibly taken and used against the by criminals.  However our gift of fear and instincts for survival kick in and we do what we must.
California's ban on carrying weapons for self-defense is still wrangling though the courts despite Two U.S. Supreme Court cases striking down similar bans.
The choice is clear, take the risk of being unarmed or   not!  The gun bans for the most part are actually more lawless than carrying the gun!
As for consequences ask yourself a simple question.  When was the last time a cop stopped and searched you on the street? The Fourth Amendment protects you and criminals from warrantless searches.
If you use a gun for self-defense how are cops going to know if you were in violation of a carrying ban?  If you survive a crime who then cares is some gun ban may have been ignored?
If you use deadly force no lawyer in the land will ever tell you to tell the cops what happened or if you pointed or fired a gun. That means rather than to blab you simply tell the cops you want a lawyer.
Yours and your family's survival demands that you ignore gun those California gun bans as the likelihood of being targeted by violent criminals has arrived.
Gun rights are just that, rights.  Guns are not something the government can license like automobiles. Of course politicians think they are above the law as they violate our rights.
By the way the same Liberal politicians dictating your gun rights away are the ones letting criminals out of our prisons way too early!
Posted by Paul Huebl Crimefile News at 2/02/2016 03:27:00 AM

We need two ballot initiatives. First to make the legislative year three months long. Cut the pay and benefits..per diem to one quarter of current level. Also only allow on state payroll one aide or assistant in Sacramento and one in the local office. No pension for legislators.
The second is to give the legislature the same finger they give the public. No police, highway patrol or sheriffs deputies to be assigned as guards for any elected official..........no exceptions. No stationing of law enforcement in or on any legislative or executive building or office anywhere in the state.
I also think the California democratic caucus should be required to display the Hammer and Sickle flag on their offices and webpage.

Paul, this is quite a ghastly picture. Is this a real picture of a lady that was stabbed and awaiting the OR? If so, poor thing. Wow!

Paul, this is one of the reasons I left California. I had left another comment about this article so I don't know if mine went through. So I'm going to try again.

It's impossible to get a CCW in Orange County CA where I lived. Only the connected and elites get one. It never ceases to amaze me the irony of these Hollywood liberals. They put on these silly YT videos asking Obama to ban guns but yet they have armed bodyguards and they play in movies where they use guns. If they're so anti-gun then they should walk the walk right?

Where I now live in AL, they actually treat people like adults and give them the right to carry concealed.