A lot of people ask me why I love Germany. Here is the answer! 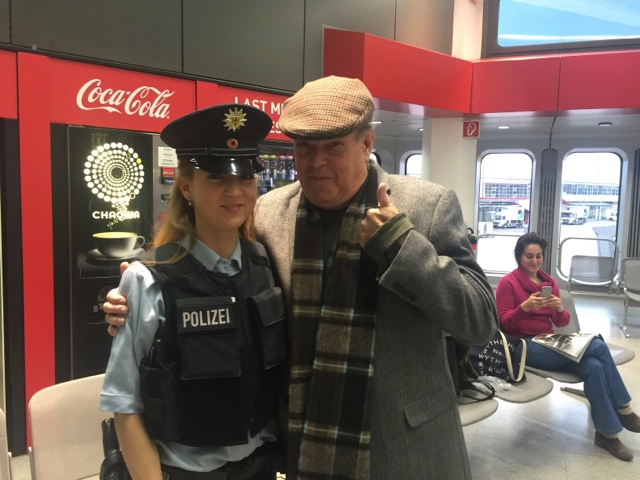 Aschaffenberg, Germany--it was December 1968 when after being drafted by the Army I wound up in this beautiful hamlet.  I was just about 15 miles from Frankfurt and was blessed to be assigned there as a medical corpsman.

It was Christmas time and I was in a strange land far away from home.  I decided that since I was a guest in  this nation I'd act like one.

I was compelled to learn the customs, language and culture.  I stayed far away from fellow soldiers if for no other reason I liked the elegant German babes better.

I soon found that the German people were incredibly kind to me.  I made some wonderful new friends and got an education few Americans ever get.

The 18 months I spent in Germany  was the very best time of my life.  I traveled everywhere I could.  The money exchange rate was four Marks to the Dollar then. It was truly an adventure!

If I made a mistake it was not staying there and finishing my education in a medical profession in Munich or Berlin.

I never forgot the kindness and love that the German people showed me when I was so young.

Over the last 25 years I worked on the Debra Milke Death Penalty travesty in Arizona.  I investigated not on her behalf but was hired by many media organizations to help them cover that nightmare.

It turned out that I discovered early that Milke was framed and told that to anyone who'd listen. It turned out I was correct once again.

The Milke case actually got me sent back to Europe three times.  The last trip in December was indirectly because of my involvement with the case.

This video and narrative is a true depiction of this horrific and sad story. I commend Paul for his courage to post the TRUE facts of this case. After viewing and listening to this video post it makes me wonder how many people may be wrongfully imprisoned on the word of a homicide detective gone bad. More troubling is it took so long for the truth to come out and in the interim Ms. Milke was incarcerated and on dearth row for 25 years. She is now free thanks to Attorney Mike Kimerer and his team of Attorneys and staff. TItration 14 years, and FINALLY Justice prevailed. Again, kudos to Paul for reporting the truth.