Why Donald Trump Will Be The Next President 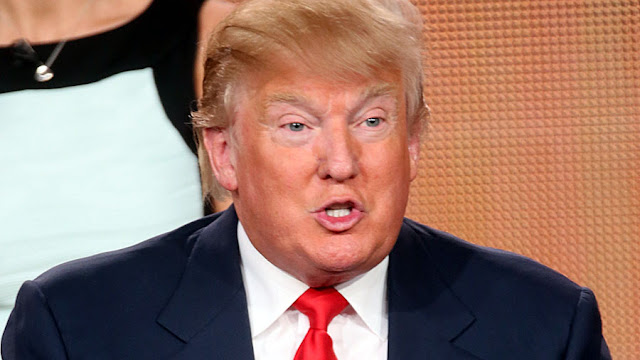 Los Angeles, CA--Those with less than honorable motives have distorted real public opinion on the immigration issue for decades.
Now comes Donald Trump.  He has vowed to remove all the immigration trespassers. This will bring him a landslide of votes from both parties.  For sure he will get the Conservatives that have not had a candidate worthy of voting for, for decades!
When you examine the issues like I have you will see why Trump can’t lose!
The single largest offender has been the major media that took the route of faux political correctness aiding the political Left.
Communism and Socialism can only survive with an unproductive, ignorant and needy majority lower class. Needless to say without out those votes those two evil political cancers would die.
The obscene profits of large businesses are somewhat protected by a massive force of cheap labor.  Job competition always depresses wages. Big business supports the political campaigns of every pro-Amnesty Republican.  Money talks and nearly all of our whore politicians are listening.
Why does Immigration Amnesty seem to be the only solution anyone can think or talk about to deal with this problem?
That answer is simple, Congress knows only too well that the voters don’t support a change to federal immigration laws!
Illegal immigration has brought us massive, ignorance, poverty, illegal drugs, violent crime and diseases that we had eliminated on our soil long ago.  There is just no getting away from those facts.
Corrections:
Our jails and prisons are loaded with immigration trespassers that have committed really despicable crimes. We really can’t afford this.
Health care:
Our entire healthcare system has been undermined and destroyed by many millions of border trespassers.  Their diseases, massive childbirth explosion, violent criminal activities have inundated emergency rooms everywhere.

Those $20 aspirins and Band-Aids is nothing more than the insured and paying patients subsidizing freeloading illegals.
Primary Education:
The invasion of non-English speaking illegals has likewise devastated our public schools.   The quality of American education has been sadly diminished every year.  This is intolerable.
Entitlements:
Nobody wants to see anyone homeless and hungry. Yes, our social agencies feed and house illegals.  Entitlement funding for our own poor was never intended feed the entire world.
Who suffers the most from the invasion of illegal aliens?  Poor White, African-Americans and legal immigrants must fight for jobs and any entitlement scraps with the illegals.   This is usually a pro-Democratic voting block.  However they understand their plight and who is responsible for it.
Angry taxpayers, especially conservatives have really had enough of this immigration mess.  Republicans leaders have lied to them as the media has constantly fed them pure pro-illegal immigration propaganda.
This is not about racism but law, structure and simply ending the massive hemorrhage of taxpayer’s money to trespassing freeloaders.
Our immigration policy has been nothing  less  than criminal obstruction of justice by public officials that have enabled this immigration disaster.
There is a solution to the immigration mess. Mexico is a corrupt and tyrannical government that has made an otherwise great country unlivable. That government must be overturned.  The Mexican people that want an American style economy and government must fight for it.
We should support a Mexican revolution and then Mexico could succeed in building a great nation.  So great that they’d need a wall to keep us Gringos out!
One thing that would really help, would be by ending the Drug War.  Take the Drug profits away and that would destroy the current corrupt Mexican government in a day!
Many of the tresspassers will resist or hide but most will self-deport.
I am in favor of allowing better legal immigration provided those allowed in have no diseases, criminal records and can read and write English.  No special preference should be given to Mexicans over those from other nations.

Dont know if you read it but the idiotic democratic legislature here in Commiefornia wants to increase gas tax 12 cents per gallon and diesel 22 cents per gallon. They have been taking money from the highway fund (gas tax) to give benefits to illegals. Free medical, welfare which they claim they dont, education and incarceration. In fact the LA Times which never met an illegal they didnt love admits that it costs California taxpayers between 8 and 10 billion per year..........not reimbursed by the feds. This is above and beyond any so called value they add to the economy. California has the highest gas prices and they want to increase it! Just like the US Congress raided social security the California dems have raided the highway trust fund to pay for illegals. I will vote for Trump because I am sick of paying high costs, high taxes and watching Southern California become Tijuana north. I will vote Trump and for the first time volunteer for a campaign. I am sick of the republicans who are really kiss ass and wishy washy