Local TV News Has all but killed Itself! 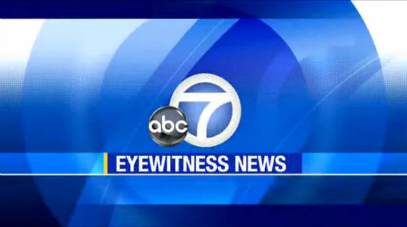 Los Angeles, CA—Television news has been a 60-year exercise in monkey see, monkey do plagiarism.
Today’s TV executives are playing to the lowest common denominator.  The unproductive and ignorant seem to be the current TV news target audience.   Does this serve the sponsors that thrive on financially sound viewer’s buying power?
Is this more about guiding the lame, dependent and ignorant to vote for the Liberal political ticket?  I have no doubt that’s too often the reality.
It’s not the number of viewers but rather their spending power that counts in the end.  How can anyone sell new cars to brain-dead and impoverished underachievers?
TV news would have died long ago but for lucrative political ads during elections.
My recommendations?
I will begin with the abuse of the Breaking News label.  Last night’s news is not breaking in the morning.  Are viewers so dumb they can be convinced yesterday’s news is breaking?
The overuse and abuse of silly live shots sending crews to scenes just to be there when nothing is happening is so lame.  Viewers would be better served by more comprehensive and pre-recorded video packages.
Why are they always broadcasting those gossipy-nosy neighbor reaction interviews for crime stories?  Revealing the results of verified public record checks makes much more sense.  This also leads to finding great people to interview.
Helicopters and drones are a must to gather images since all news is appearing on screens rather than traditional television.  Drones are much cheaper and in many applications superior and certainly always safer.
Television news must begin to simulcast news on the Internet and when they do their advertisers should be joining them.   Between broadcasts a menu of stories to watch makes sense.  Looking at viewing stats tells us just what stories viewers want to see.
The overuse and abuse of redundant TV news identification graphics.   They far too often interfere with viewing the video.  A small watermark is more than enough.
One of my favorite news directors ever developed a slogan her station wisely used, “Less Chit-Chat and More News.”
I loathe today’s TV news organizations doing crime stories the most.  The reporters are sent out for live shots with police PIO’s that will only release self-serving and often misleading information.
Tracking down and interviewing the witnesses, the accused and their lawyers will tell the whole story.  Only getting that sound bite from the PIO’s makes using reporters unnecessary.  Only a photographer is needed to get the “official” filtered government version.
Covering news conferences by law enforcement officials live on a big story is always a terrible idea.  The local politicians and the police bosses use the first 15 minutes congratulating themselves and each other while mugging for the cameras.  Too often these things degenerate into a campaign photo-op for politicians.
The most obvious red flag is seeing politicians in attendance at those news conferences.  Would the news audience be deprived if they didn’t hear some mayor droning on about his great leadership being responsible for the solving of a crime?  Let the politicians purchase airtime rather than simply give it away!
TV news unwisely jettisoned their field producers long ago.  It’s almost impossible for a TV reporter doing live shots to flesh out a news story alone.
Does every story deserve a live shot at the expense of content? The answer is greatly limiting the live shots opting instead for significant content.  Talking heads are no comparison to quality video with competent voiceover and meaningful witness interviews.
TV executives must learn that their audience has already moved on to iPhones and iPads.  Only the elderly, handicapped and least affluent viewers sit in front of TV sets at home anymore.
It’s time for TV news to adapt and regain the viewers that fled traditional TV for the Internet.
Posted by Paul Huebl Crimefile News at 8/16/2015 10:20:00 AM

Paul, you are spot on. It's become so bad now here in the Windy City that I very rarly watch the news anymore. And that applies to both the local stations and the cable stations. CNN,MSNBC and even FOX have become a joke. The Internet has become my source for news and even then one must be careful.