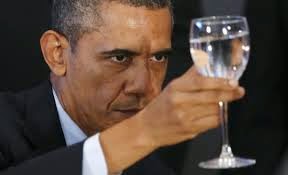 Washington, DC—With the Obama Administration’s Criminal Obstruction of Justice by interfering with enforcement of immigration laws, it is victimizing African-Americans the most.
Suffering the most are the African-Americans that must now compete for entitlements, educational opportunities and jobs with illegal aliens.  Then of course the backbreaking strain on our health care system that turns nobody away from services, negatively affects every citizen.
Obama without consent of the American people or Congress is preparing blanket amnesty for millions of illegal aliens that he’s allowed to criminally enter our country.
What’s ironic here is that African-Americans voted for the first Black President in hopes that they’d be given more rather than far fewer opportunities.
African-Americans are being pushed into an America fundamentally being changed into a poverty majority, Third World Nation!
Obama’s intent and goal to destroy the Middle Class is obvious!
With the influx of many tens of millions of illiterate, non-English speaking and unskilled trespassers primarily of Hispanic origin, African-Americans come in dead last.
Through Treason, Obama is doing grave destruction to America that our enemies’ bombs and bullets could never do.
I don’t think this is what African-American voters were expecting but this is exactly what they’re getting.  Obama has brought African-Americans nothing but deceit, destruction and doom.
The Democratic Party was always aligned with the Ku Klux Klan.  In recent decades they have successfully put on sheep’s clothing to deceive.  Now African-American’s very survival requires that they purge every last Democrat from our government.

The president – Barry Soetoro intends to do the same thing to us as has happened to the people of the United Kingdom – turn us into an unemployable underclass and destroy our culture.

The European Union has forced unrestricted immigration upon the people of the United Kingdom and hordes of Eastern European immigrations have flooded into the country. This has had the obvious affect of driving down wage rates and since the new immigrants are willing to work under lesser working conditions British industry now prefers to hire them exclusively.

The loss of work will mean a loss of economic and politic power, which will lead to the denigration of our cultural status. Americans will become a poor underclass in our own country.

Forget about the illegal immigrants, they’re just a damn distraction. They are accomplishing this with legal immigration alone. We’re allowing four times as many new legal immigrants to enter the country then we did only twenty years ago. They’re pouring in from the four corners of the globe and they’re people that will be much easier to manage then we are because they’re coming from countries where people have little or no rights at all. They’ll be perfectly comfortable with a heavy-handed brutal government because that is what they’re used to.