Was it Gun Rights or an Epic Government Failure behind the Isla Vista Bloodbath? 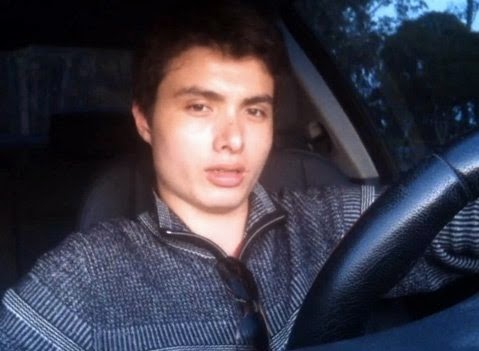 Isla Vista, CA—Rather than deal with what really facilitated the savage stabbing, running down with a car and shooting massacre, the usual Leftist suspects seek to politicize the event.  They want to blame the crime spree on the rights Americans have to keep and bear firearms.  Let’s first examine just what went wrong.
This all begins with a failed mental health system and serious medical malpractice.  We used to place mental patients like Elliot Rodger in institutions for public safety reasons.  Modern pharmacology produced wonder drugs that control most disturbed people that exhibit anti-social pathologies.  We’ve emptied out the insane asylums thought our nation controlling them instead with mind-altering drugs.
Rodger was under psychiatric care for most of his life and had a long history of refusal to take the drugs that would likely keep him under control.  Rodger’s caregivers had a duty to institutionalize their uncooperative patient.  Instead they let his roam free even after they came aware of his threatening behavior.
The next culprit is the so-called Brady background check required of all gun buyers.  California politicians demanded additional waiting periods to make “doubly sure” that nobody that was prohibited by law could obtain a firearm.   The problem here is that the zeal to protect the privacy of dangerous mental patients sidelined the Brady checks that accordingly failed.
Finally the police have some serious responsibility here.  Rodger’s family and caregivers redundantly and frantically warned the police of his very real death threats against young women that shunned him.   What the cops did was appalling.
The police had the duty to bring Rodger to a mental health facility for examination by medical professionals.  Instead officers from the Santa Barbara County Sheriff actually chose to play doctor and examine the patient themselves.  Of course the cops did not have Rodger’s substantial medical records to help them make their unprofessional and uninformed medical diagnoses.
Had the cops simply done their job Rodgers would have gotten treatment and been disarmed.
One could reasonably argue that even without a firearm Rodger was unstoppable in that he very efficiently stabbed three men to death and then ran four others down with his high performance BMW automobile.  He had three handguns he purchased by falsifying the Brady Background Check forms.  Each purchase was a separate felony that carried a ten-year prison penalty.
There were plenty of safeguards that should have prevented this horrible holocaust.  All of them failed.  Once again politicians want to make Americans defenseless in the name of safety.   The gun rights haters seem to forget we have a Bill of Rights and that the gun bans they seek are simply not surviving various court challenges.
Perhaps those concerned people need to revisit procedures and laws already in place if they want a real solution.   All the necessary safeguards and laws were in place however the failure at each and every level is mind blowing.
In the next months the families of these victims will hire lawyers and the taxpayers will be in for a huge financial beating over the epic negligence involved at every level.

Paul, I am a law enforcement professional, and I would have no idea how to have someone committed. This is all the jurisdiction of the medical profession. Budgets are tight, people are working OT, the state is reducing services.....

This isn't going to get solved in the short term. Carry a gun with you at all times, and be careful what public places you go to.

I am amazed that your agency did not train you in this regard. It's really quite simple in 50 states. When you run across someone who has obvious mental illness and they are in your opinion a danger to themselves or others simply by getting Lost or not being able to eat you take them to the nearest mental health facility.

You will be required generally to fill out an affidavit form stating the behavior you observed and that you feel that they are in need of immediate medical attention. At this point he professed to set the facility will examine an attempt to treat the individual that you brought in.

Two things Paul.
I believe that had the police taken this punk to an emergency room he would have been released shortly thereafter and two, they should have asked the parents for permission to search for firearms. I would have. He did live in their house didn't he?

Paul, Are you the anonymous real estate millionaire leaving money all over the place via tweets???

And you were the police? How many times did you determine a person was unstable doctor -policeman? You cannot forcefully commit someone in the state of Illinois.A doctor has to get them committed Mr Paul. By the way Gov Quinn shut down numerous mental treatment centers so what does that tell you. Also the police have no right to commit someone without the family or a doctor.Its not the police that are at fault its the family's duty to get him help. You sound just like all the ghetto babblers who every time
doesn't go there way its the police fault. Ban the guns and now ban knifes and ban baseball bats. Its not the weapon its the goof who has them. Rattle on Paul we can't wait to hear your next theroy

I can't speak to Chicago's current facilities for mental health or what the worthless current govenor of IL.

The police/mental health issues were covered by General Orders. The mental health cases usually involved a call from a family member and when you got there were obvious as opposed to criminal matters.

Often they involved threats of suicide or actual attempts.

The method from my time was to remove the subject to Reed-Zone Center. Once there the medical staff will evaluate the patient and their previous visits. You sign a form under oath of the behavior you observed for them.

Then you got an RD# and prepare a Hospitalization case report and return to patrol.

So now in Chicago they will even refuse a suicidal patient? I find that hard to believe....

The Reed Zone center closed numerous years ago. If you take some to the hospital now they can sign theirself out as soon as you turn them over to the hospital unless a doctor or family member signs them in. If the hurt themselves they get treated and if the volunteer to stay they get the help. If it was that easy as you say then take a look around as you walk the streets ,mentals all over.