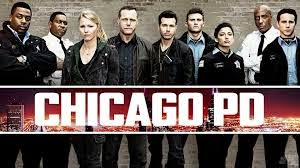 Chicago, IL—Dick Wolf’s TV series about Chicago police is pure entertainment.  Other then the uniforms, vehicles and landmarks any resemblance to reality ends the second the first actor’s lips move.

Let’s begin with the pretty cops and well-pressed uniforms.  The casting directors found actors that look better then most cops.  None seem to have authentic Chicago accents.   The story lines are fairy tales from writers of the political Left persuasion that don’t have a clue about police work or social reality especially in Chicago.
Let’s move on with race.  Chicago PD is political correctness in overdrive.  I’ve yet to see a single African-American criminal!  African-Americans are represented on this show only as heroic and dedicated good guys.
Nothing changes the reality that the Cook County Jail, and Criminal Court calls within the City of Chicago are 90% plus African American.   Chicago’s white community is much better behaved and by comparison, barely represented at all in the criminal justice system.
It was laughable to see the latest episodes where they deal with a group of terrorist bombers.   The cops begin suspecting Muslims but the bad guys turn out to be white, anti-government/Obama racists.  Only Conservative whites are capable of evil in the minds of Wolf’s scriptwriters.
Chicago has had terror bombings going back the Haymarket Riot. The bombers were all Communists and pro labor Anarchists.  Then there were the 1960’s Weathermen like Barack Obama’s bomber pals, Bill Ayers and Bernadine Dohrn.   After that, the Puerto Rican FLAN terrorists of the 1970s and finely those, Anti-NATO, Left Wing loonies and would be bombers that are on the way to the Big House as you read this.
Let’s face Dick Wolf’s African-American’s are not capable of simple evil.  They don’t terrorize people in organized flash mobs or knock out games victimizing elderly white people for kicks.  They don’t hate, inflict cruelty or do anything wrong at all.
The Chicago PD TV series will never make an African-American a serial rapist or killer.  If the portray an African-American in trouble at all they can be counted upon to pour every kind of mitigating circumstance on him or her possible.  The African-American arrestee must be turned into a folk-hero like the Jean Valjean (Character) from Les Misérables.
You won’t see the police hiring or promotions reality where the least qualified are the people promoted strictly because of affirmative action and raw political influence
The show is nothing more than a politically correct fantasy hour depicting a Liberal law enforcement paradise that does not exist.   The show is pure PR for the current Mayor whose brother is arguably the most powerful man in Hollywood.
Posted by Paul Huebl Crimefile News at 5/03/2014 04:37:00 PM

It isn’t just that show – most of the media, movies and television do nothing but promote liberal fascist propaganda. That is why shows like Duck Dynasty are so popular. They’re a breath of fresh air in a world of stinking hypocrisy and deceit.

Living in Chicago and taking the soul train every day to work, I do not need to see any PC TV program about police. Thank you Paul. I truly enjoy your site, especially your old Chicago stories.

Crap Show! bring back the likes of "Crime Story" or "Chicago Story" Now those were shows...Lt Mike Torello (the late great Dennis Farina) and Patrolman Giland (the great Dennis Franz)