The Only Fix for Obamacare is Total Repeal 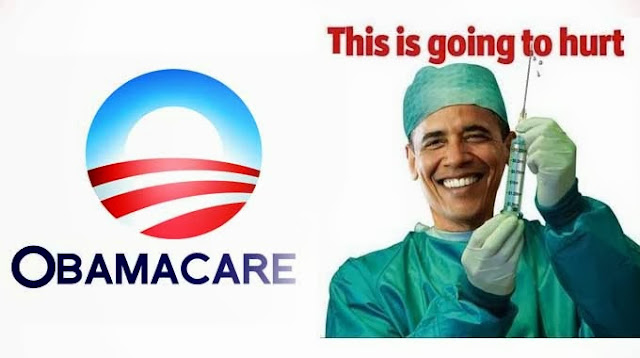 Washington, DC—Barack Obama has just surrendered to his fellow Democrats that are desperate to get the Obamacare monster off their backs as they run for reelection.  That being said Obama has made a baby step to create the illusion of a fix that does nothing at all.   It will take Congressional action to implement Obama’s wishes.
Health care in America was working well with nearly full employment.  The biggest single damage to our healthcare system was allowing millions of illegal aliens to walk into any Hospital emergency room and receive treatment.  The cost for this has been passed on to every other patient or his or her insurance company.
The Obama junta should have done the proven things to rejuvenate jobs and to reserve medical treatment for Americans and legal residents.  Instead Obama took the route of destructive Socialist policies that have worked nowhere in history.
Obama has raised a smokescreen deflecting examination of the real problems and created an impossible dream of affordable healthcare for all.  If you’re unemployed or underemployed affording any insurance is impossible. Obamacare will never work without putting people back to work.
It’s time for a moratorium on the taxation of employers in order to fix our economy and make conventional health insurance obtainable for Americans.  We have charity and social services for the poor or disabled citizens and legal residents.
The illegal trespassers that are economic refugees must vacate and follow our laws.  We should be helping the people of Mexico to overthrow their corrupt failed government that has created the conditions leading to our immigration crisis.
The best fix for Obamacare is total repeal.   Americans need relief by a solid return to proven American Capitalist principals.  Americans that want Socialism should simply emigrate to the Socialist nation of their choice.  Tax credits are bogus.  Government simply needs to get out of our pockets.
Posted by Paul Huebl Crimefile News at 11/14/2013 09:40:00 AM

"We should be helping the people of Mexico to overthrow their corrupt failed government that has created the conditions leading to our immigration crisis."
The Mexicans deserve the government they voted for; and if Americans think Mexican government is no good, they should stop allowing Mexicans to vote in American elections.
Or, we can give them the Iraq treatment: Invade, under the pretext of government corruption and WMD (drugs), liberate their desert for Democracy, and secure their oil fields from separatist terroristas so they can sell it to China.

There won't be any change unless things keep collapsing. Detroit, Obamacare, Illinois/Cook County.......... So, we're headed in the right direction.

And Liberals will never stop spending, taxing, regulating, socializing industry and marketplaces as well as welcoming illegal immigrants (in exchange for their votes).

I just viewed a 90 minute movie over the Internet; it is entitled, Grinding Down America. The movie pretty much lays out the overall plan to bring socialism to America. It explores the requisite steps (e.g., get control of the education system, the media, newspapers, movies,etc). It worked for Hitler, it worked in Russia, and it appears to be working here. The moves Oblunder is making will come to a sharper focus. Here's a link: http://vimeo.com/63749370

Total repeal would be a good first step. Actually, I think total impeachment would be a better move. And, since this clown is illegal from square one, a rollback of all his hires, and changes to our laws also seems necessary. And, of course, a criminal investigation, resulting in felony charges, prison, etc. But I've always been an optimist.

Boy, it's a good thing it's oblunder and his lackeys doing all this stuff: perjury, obstruction of Congress, contempt of Congress, etc. because, for regular people, that kind of stuff would be against the law, and would subject us to prosecution.