Kennedy Assassination, Where were you? My Reflections of a Dark Day… 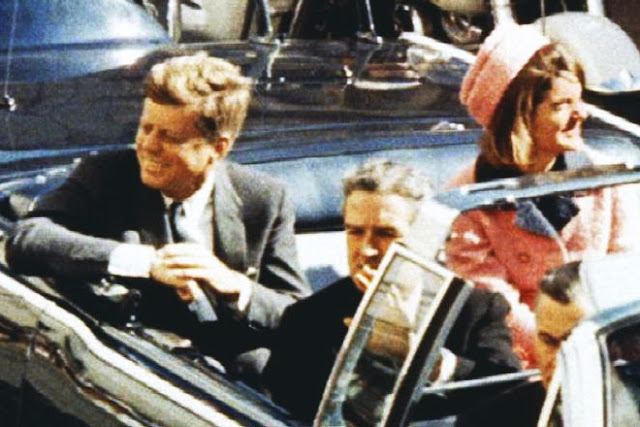 Dallas, TX—It was 50 years ago today when a somewhat trusting U.S. president rode his last motorcade in an open top limousine.  We all think we know what happened.  However it seems the only thing we agree on is that a young president and war hero John F.  Kennedy was shot to death.
Had that happened today with our present technology there would have been thousands of revealing and stunning camera images and videos.  Abraham Zupruder had his new Bell & Howell 8 MM film camera with color film and captured the somewhat grainy movie film.  Had he a modern consumer HD digital video camera the images would have been more revealing and much more difficult to watch.  That also would have answered many more questions for investigators.
Those of us that were alive remember exactly where we were that day and how we learned about that “crime of the century.”
For me that day was ordinary.  I removed my cased Springfield .22 rifle from under my bed, put a box of 50 .22 long rifle rounds in my pocket and grabbed my books.  I traveled to Senn High School on two Chicago Transit Authority busses.
I was proud to be on the rifle team of Junior ROTC and people around as usual were totally unconcerned that I obviously was carrying a rifle.  I walked from the bus stop to and through the front door of the school.
The assistant principal greeted me as I entered.  I then went directly to the ROTC room where I handed the rifle to either Sergeant Ketzner or Mautner who placed it in the vault.  That vault contained about 50 M-1 Grand rifles, A BAR automatic rifle, a M-1 .30 caliber carbine and a dozen or so Springfield .22 rifles exactly like my own.
We had a small-bore rifle range constructed within the ROTC classroom area.  This day was a regular rifle team meet day.
I entered the ROTC after lunch and was told to sit down by a somber Sgt. Mautner.  He told us that President Kennedy was shot in Dallas but he did not know his condition.  Everyone in the room was shocked.  A radio or TV was connected to the intercom and we listened intently to the live news reports from Dallas.  Finally the report was broadcast that our president was dead.
There was no more class instruction.  There was a lot of conversation about this catastrophic event at the height of the Cold War and at the beginning of our involvement in the Viet Nam War.  We all speculated that Castro must have been involved because of the recent Cuban Missal Crisis.  After an hour or to we were all dismissed from classes.  There would be no rifle team shooting.  I retrieved my rifle from Sgt. Ketzner and took the CTA buses home.
I watched as the female students and teachers crying everywhere.  The same was true for female bus passengers.  Public emotion of sadness and anger was rampant everywhere.
Writers began shamelessly killing entire forests of trees as they filled millions of pages of conspiracy theories.  Some of the books seemed reasonable and others were extreme nonsense.
I still believe in a single shooter, Lee Harvey Oswald.  Oswald was a committed Communist looking for recognition from Fidel Castro and I believe he wanted to become a hero in Cuba.  At least one earlier TV news interview showed Oswald passing out literature for a group know as, The Fair Play for Cuba Committee.
As an investigator I’ve kept my mind open to the idea of a conspiracy.  There are lots interesting motives and no shortage of suspects including the Vice President of the United States!
Secret Service agents violently snatched Kennedy’s body from Dallas authorities breaking Texas laws that required an autopsy by the Coroner’s office.  The post mortem examination was not conducted by experienced forensic pathologists but by politically connected Washing DC physicians.  Their failure to properly document the examination is still an embarrassment today.
Oswald had a young wife and two daughters.  He had very limited assets and was living at the poverty level.  He purchased a really second rate Italian military 6.5 MM surplus rifle under an assumed name from Klein’s Sporting Goods in Chicago.  The rifle had an inexpensive telescopic sight attached.   I believed had their been a conspiracy he’s have had a much better rifle like the M-1 Garand.  That superior rifle was offered in the same advertisement.  Instead of $20.00 the M-1 cost over $90.00.
I personally have stood at that infamous sixth floor window at the Texas Book Depository window.   The sniper’s vantage point was excellent and facilitated an easy field of fire for anyone with minimal skill. Remember the target was moving away rather than from left to right eliminating the normal challenge of hitting a moving target.
This was a sad chapter of American history.   Kennedy did not deserve his fate.  History proves tyrants are always much better protected.

"Where was I? Hmmm, that's a good question, but since Bronx Bullschitz is only talking to you Paul, I'll tell you. I was on the grassy knoll taking careful aim at a streetlight when I noticed this motorcade going by and..... Uh, wait a second is this a blog that goes over the Internet? Oh, man, I was never there. I was never there!"

Where is the Presidents brain??? Why did the SS clean the car at the hospital???

Two shooters.The 6.5mm Carcano round was not the head shot.

SS Agent Hickey had an AD with his AR15.