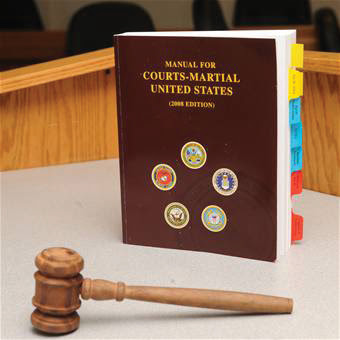 Washington, DC—As a military veteran I’m well aware of the failings of criminal investigations conducted by company commanders, Military Police and the CID.  They do the best they can but there are serious issues with investigative training and the military’s poor use of assets to find the truth.
I’ve expanded my services to the United States military members accused of serious crimes worldwide.  Family members of accused servicemen and women need to dispatch me to the alleged crime scenes and to the military defense lawyers as quickly as possible because very often I can make a difference.
Once there is an allegation of a crime a decision is made as to pre-trial confinement for the accused.  If it’s a serious crime the stockade or the brig is the next stop for the charged member.  An Article 32 Hearing is scheduled and this is a magic window of sorts for me as a criminal defense investigator.  If I can gather enough helpful evidence and witnesses for the defense counsel the entire case can end right there.
If this is after the Article 32 Hearing I have many months to look for evidence and witnesses to either exonerate or mitigate the matter to lesser chargers.  I have four decades of experience behind me.
The greatest defense lawyer cannot investigate and risk becoming a witness in his own case.  That’s why we have defense investigators.  The problem is there are too often not enough funds to hire a competent defense investigator.
I’m comfortable traveling to wherever these cases are filed by the military.  I know my way around the entire European Theater as well as parts Asia.  I also speak German  I’m ready to go at a moments notice with my extensive yet compact video gear.
If the case is in a post conviction stage I deal with those too.  I enjoy finding out evidence that will right an injustice even years later.  These however are usually difficult cases because all but the most convincing proof will not help.
Posted by Paul Huebl Crimefile News at 9/02/2013 01:01:00 PM