Can Jodi Arias be Helped Through a New Defense Investigation? 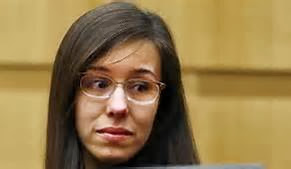 Phoenix, AZ—A jury convicted Jodi Arias of Capital Murder.   She now faces sentencing and her lawyers are frantically trying to save her life.
I have gotten several requests from sincere readers to reinvestigate the Arias case.  None of them have come with the necessary retainer to allow me to help out.
The case is somewhat problematic since Arias had changed her story to police and juries rarely will forgive what they believe to be lies, especially by the accused.   I can tell you that many innocent defendants fib to police all the time out of absolute desperation.  It is more about fear and the instinct for survival that anything else.
I know that the trial was beyond troubling because the jury was bombarded with outrageous outside influences from the massive media circus.  Her trial was a lot of things but fair was not one of them.  Members of the Mormon community pulled out all the stops in efforts to influence that poor excuse for a trial.
For those that would ask why would you investigate for someone like this?  My answer is simple every American that is accused has a constitutional right to an effective defense and investigation is part of that.  The chips will fall where they may.
Saying that,  I don’t know what the truth is about the actual innocence of Arias.  In the end her defense was self-defense.  I specialize in those kinds of cases and won 14 out of the last 14 I’ve handled for the defense.  Saying that I can’t make a promise of a particular result for Arias.
Lawyers can only do so much with what they are given in the way of evidence and witnesses.  My job is to give defense lawyers more evidence to work with.  Accordingly the defense investigation often becomes more important than the legal work by defense counsel.  Of course the lawyers have to get that evidence before the jury and sometimes that's very difficult.
Too often the defense investigation is not done well.  Sometimes lawyers constrain the investigators too much or they are unable to suggest creative ways of gathering evidence to the investigators.  Far too many defense investigators are simply not creative and only follow suggestions of the lawyers.
The investigator must be sharp, creative and must discuss his ideas with the lead lawyer.  The reality is that the lead lawyer is the captain of the ship.  The defense team is not a democracy but a dictatorship with the lead lawyer as a single dictator.
Like all of us I have to pay the mortgage companies, utilities and the daily costs in a miserable economy.  There is no way for me to do this pro-bono.  The reinvestigation could easily run $50K before it’s over.
It is substantially easier to win a case at the initial trial level that to overturn an existing conviction.  However convictions are overturned all the time.  I don’t have a crystal ball and can’t predict how this will end.
A proposition
I’m willing to begin a reinvestigation this case for $20K.  That would essentially allow me to get up to speed on the facts and give me the various directions to move forward.  In it self this may somehow be enough to find the evidence that could make a difference.  I can’t possibly know until I have spent a couple of months on this case where it will go or what it will cost in the end.  If things begin to look promising we can worry about the additional costs later.
Arias’s supporters seem both convinced and vocal.   Through our social media funds can be raised and if my minimum retainer can be met I am willing to take this case on.  Perhaps Kickstarter or some other Internet fundraising scheme may be the way to get funding.  I won’t get involved with the solicitation of funds myself.
The other side of this coin is the media  and social media has made Arias a pariah especially within the ranks of the fans of TV legal bomb thrower, Nancy Grace.   Nancy Grace however could be the biggest fundraiser as she agitates the supporters of Arias.
There is just one thing more Ms. Arias must consent to my intervention.  The ball is now in the court of Arias and her supporters.  This  game does not have to be over.
UPDATE:  I just got a reliable tip in Phoenix about the Arias case.  Apparently the defense has found a new witness and is filing a motion for a new trial so that this witness may be allowed to testify.  I don't know the details yet and of course I'm not going to look too hard until I am retained.

From everything I have seen of the evidence and her own testimony (and I give zero credence to anything Nancy Grace utters), this case was anything but self defense. Good luck though. Every crackpot has their fans and their day in court. If Arias were a man who had done this to his girlfriend, this would have been a much shorter day in court.

Paul, You should do it "pro bono", if your expertise is as skilled as you say, you would make a fortune off of the book, movie etc., if you are successful that is. Just saying.

I know Paul well through Debra Milkes case. Thanks for the insight Paul.

I think Jodi's case is actually in good shape, the prosecution case has been lured onto the rocks, where it will founder very badly in due course.

I created (wtih help from others) a very large site on Jodi's case here:

As for doing the case pro bono book or movie rights ain't going to happen! That is unless of course someone wants to advance cash for a book deal up front.

it was a crime of passion. The guy was a player and it seems like she was just his backup. It doesn't justify his murder, but I don't think she deserves death or even decades inside.

The JodiAriasisInnocent.com site claims to be #1 support site. Perhaps you should post this there. They frequently talk about hiring someone to help in Jodi's defense. The group there have held on to their opinion of her innocence since the very beginning and they often say they would like to help financially beyond just sending money to her commissary account. /KA

Let me make this clear. I am not looking to raise funds for this. If the supporters or Jodi want to do that I agreed to take the case on.

Let me make this clear. I am not looking to raise funds for this. If the supporters or Jodi want to do that I agreed to take the case on.

Where is the subsequent, mistrial, regarding the rescision, of the perjured, scam of the first soap opera, now, twisted into the con of the second, charade; as if, the 180 degree shift in format, did not prove, one way or another, that reasonable doubt gallops, in this Alice in Wonderland, fairytale; whatwith, the hypnonauseating, carnival side show, by,the perjuring of process, spastic, dancing with the stars,act...prostitutor...??? Edgrrr...

Just, is a four letter word, and, was already left out, of this soap opera.... Read all the seven years of reasonable doubts, posted, by the thinking section, and, do note, that, not one, was entered into the three million dollar bribed, "defense," who,stated, that, they were too busy to read what's on the internet... Why, any mention of the LSD "church," without noting, that one penny each from their plethora, of, Sheeple, and, Stepford Wives,would have revealed their, pieties, as well as, exposed, the second crime laundering attempt, of, "wounds," that, did not bleed, as noted by the big secret, as to the ritual suicides, to save an eternal soul...??? Read, "The God Makers," Anderson, blood oath, blood atonement, suicide, and, note, the exactness of the Alexander suicide, to save his soul..... Jodis,' stories, enacted, lame, defense advices.... Seven years, of posts, all, concealed from appellate review.... Snidely.... Edgrrr...