The Incredibly Deceitful Obama Administration Wants Our Trust and Support for Yet Another War? 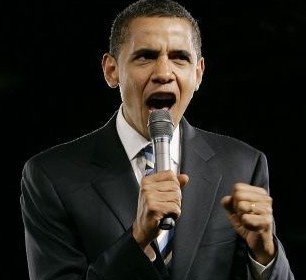 Washington, DC—It’s déjà vu, all over again!  Let’s see, they lied to us about that that attack on the Benghazi compound, that took the life of Ambassador J. Christopher Stevens and three others in Libya.   Absolutely knowing otherwise, they audaciously claimed the slaughter was instigated by an obscure YouTube film trailer that was somehow offensive to Muslims.
The Benghazi lies continue even though they’ve been exposed for nearly a year.  Today they call it a, “phony scandal.”  Impeachment and criminal trials are long overdue however Obama controls the U.S. Attorney’s Office.
Then there is the Fast and Furious Gunrunning Scandal designed to fabricate an American Gun Control Crisis.   That fiasco needlessly took the lives of two U.S. Border Patrol Agents along with that of hundreds of Mexicans.
Next there is the targeting of Conservative political groups and individuals for special IRS intimidation, extortion and harassment.
That was followed up with the Justice Department's undisputed seizure of Associated Press phone records.  The phone and e-mail snooping by the Obama Administration makes Nixon’s Watergate scandal tame by comparison.
The pattern of deception by the Obama Administration against the American people and our military people putting their lives on the line is despicable, deplorable and downright disgusting.  It is also a government run crime wave.
Now these same criminals are demanding we bomb Syria because they bombed their own people.  What are the real reasons our Nobel Peace Prize winning War Criminal is demanding this action?
The impassioned, “We Must Bomb Syria” speech by the well-know American traitor John Kerry is so reminiscent of that Communist’s similar lies during the Viet Nam War.
The Obama Administration wants to turn our young fighting men and women into war criminals just as the Third Reich did with loyal German troops.
We must stop the Obama Administration cold along with all of the Communists and Criminals that support these bums in our government.
Our military has the duty to arrest, try and seek punishment for the most lawless U.S. presidential administration in history.   Americans must begin to demand action while they still can.