Why We Must Purge Our Whitehouse of Those Chicago Thugs, Thieves and Whores Now. 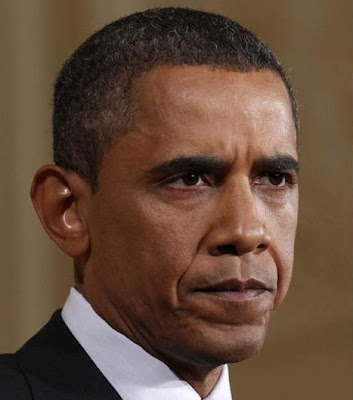 Washington, DC—As a nation we were in a crisis because of eight years of a disappointing presidency under George W. Bush.  He engaged in two wars we should have avoided.  We allowed our government to reward Wall Street criminals at every opportunity and the taxpayers took a huge beating.  The real estate bubble broke and bled over millions of Americans.
Americans wanted change and looked to an unknown man with a broad smile who made vague promises for hope and change.  Nobody could really guess just what his agenda was but anything seemed better than Bush.  Barack Obama was a Chicago Machine Democrat.  This is not your father’s Chicago Machine but the new breed of hard corps Leftists using long established and proven techniques of voter fraud, bribery and extortion to win elections and hold office.
Obama somehow escaped any real vetting and his birth origin questions seemed to help rather than sideline the candidate.  Absolutely every expert that has examined it has declared his birth certificate a forgery.  That eligibility issue became nothing more than a distraction met by the smirks of those supporting Obama.
We all have learned to judge a man by the company he keeps.  Obama’s mentors were to a one, Communists, criminals or terrorists and his closest religious advisor was and is a hateful bigot.  Obama bought his lavish, Chicago Hyde Park home from a well-connected political fundraiser and now imprisoned criminal Anton “Tony” Rezko for a “fire sale” price.
Obama was very close to now imprisoned Illinois Governor Rod Blagojevich and the fellow that was nearly sold his vacant Senate seat, Jessie Jackson, Jr.  who is now also a convicted criminal.
Helping and advising Obama and his political campaign were Chicago’s Terrorist Twosome, William “Bill” Ayers and Bernadine Dohrn of the 1960’s SDS Weather Underground bombing fame.
Who could ever forget Obama’s closest religious advisor, the infamous Rev. Theodore “God Damn America” Wright.  Wright was and is a nasty and racist man that simply preached hate.
We can’t forget how Obama sidestepped a normal Senate vetted cabinet in favor of a group of “Czars” he hired in secret that he brought in to run our nation.
Obama wasted no time is doling out hundreds of billions of our tax dollars to now failed companies as rewards for their political loyalty to him.  The job creation benefits of these corrupt handouts were non-existent.
The Liberal Media turned their eyes far away from all of the disturbing signs.  As for the historic agenda of America’s Democratic Party there are no victories at all.
Instead of getting out wars Obama found new ones to engage.  Instead of repealing the dreaded Patriot Act, Obama made it even more tyrannical if that were possible.  Obama then ended the Posse Comitatus Act allowing for our military to police or make war on Americans here at home.
The final insult was the NDAA that authorized the indefinite detention without trial or the right to a lawyer of Americans here at home.  We somehow managed to give this strange man with the broad smile ABSOLUTE POWER over our children and us.
Our Death Penalty is awash in a crisis of wrongful convictions and that has not gotten a single notice from the Whitehouse.
Our failed Drug War continues to provide Drug Lords and Drug Czars financial Nirvana while people innocent people are killed at an alarming rate.  Obama’s Whitehouse has avoided this issue at all cost.
GITMO is still open despite Obama’s promises to close it.  Holding prisoners without charges or trials is simply wrong and un-American but no movement can be seen from Obama.  Are Americans at risk for more random Muslim bombings over this?
The Whitehouse and the appointed Homeland Security Director, Janet Napolitano, have criminally obstructed our immigration laws.  They are pushing hard for amnesty that would decimate the financial stake of all of America’s legal immigrants and African-American poor.   They would be forced to compete for jobs and entitlements with hordes of uninvited trespassers breaking our laws.
Now I must really make the comparison of the worst despotic leaders of the world that all came in with a false appearance of being peace loving, benevolent and kind. They gave us the worst government sponsored holocausts.  What’s past is prologue and we humans never seem to understand that.  We never learn from our mistakes.
Obama’s own media lapdogs have discovered that the Obama Administration’s been spying on them and unleashing the IRS on those considered disloyal.   The media has been told what to report by the Whitehouse and they’ve followed orders.  Having their phones tapped has rewarded them all. Historically government agents tap the phones of news editors and reporters to learn secrets of extra-marital affairs, homosexuality and tax dodging along with any other issues that enable extortion efforts.
Will the media continue to turn a blind eye to Obama’s tyranny?  Perhaps Obama’s media lapdogs are already victims of Chicago style extortion?   That well may explain their reluctance to report on Obama’s bogus birth certificate, the horrors of the Fast and Furious Scandal or the Benghazi Slaughter and subsequent cover ups.

Amen! These unscrupulous Bastards are traitors pure and simple. They all need to be ousted..

I'm glad that someone else has the recognized real character of these Chicago gangsters.

With what's come to light in the past week or so, I think we may have turned a corner. Even the left-wing press is beginning to turn on Obama.

We can now hope that we will retake the senate in 2014.

Unfortunately my comment got cut early so I'm starting over.

I am glad someone else has recognized the character of these Chicago gangsters.

However, the worm may be turning. Even the left-wing press is beginning to turn on Obama.

Gopefully, we will retake the senate in 2014.

The man has managed to avoid every other kind of controversy or weasle out of it one way or another. There's no doubt in my mind that this election was rigged. The SOB should be impeached but what's the likelihood of that?

Thank you for summarizing in such a factual manner the fraud perpetrated on the American public.

The Democratic machine in concert with the liberal media meant a 60/40 margin for Obama in Illinois.

Stay with it Paul.