The Phil Spector School of Rock, at The Rock. 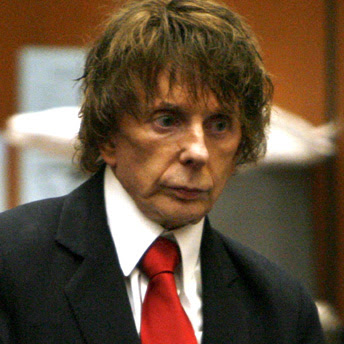 Corcoran State Prison, CA—In this tough prison there are few bright spots.  Charles Manson, Sirhan Sirhan and many other convicted criminals who have committed despicable crimes wait here to simply die.
Most other inmates will quickly get out and the rate of return is astronomical. Of course they destroy lives along the way.  Our correctional institutions do anything but correct.  They are almost all, in reality advanced schools of crime and violence.
We have locked up millions of young people in what we call correctional institutions.  We demand they turn their lives around but have made that daunting task impossible.  Perhaps it’s because we place them with one another where they can form peer groups of despair, destruction and depravity.  This concept can only fail.
Most of these convicted losers come from ignorance, poverty and are raised by the worst mentors society has to offer.  We only make things worse for them.
I have no magic cure for the drug addicted but for others we can reclaim lost and stolen lives.  We can do this with the resources we already have.
To succeed in society we all need skills.  What prisons offer can barely help people obtain and keep the lowest paying jobs.  Criminal records will keep them from conventional employment because nobody wants to take unnecessary risks by hiring felons.
Entertainment provides thousands of jobs and felons can get work there if they obtain skills and can behave themselves.  We don’t perform background checks on the people making CD’s, DVD’s and working the nightclub entertainment circuit.  The only thing that counts is if they can take the rest of us on that special ride.
Prisons have the talent to do this but it’s the ineffective losers who run them that are barely superior to the inmates.   The talent for this already lies within their walls.
Musical genius Phil Spector is rotting in the California prison system.  He has no choice, but the people housing him do.  They can give Spector a few perks, equipment and let him bring musical skills to fellow prisoners.   This man made many millionaires out of everyday people wandering through New York’s Brill Building.
I’d start, The Phil Spector School of Rock.  I’d first make a call for musical instruments to be donated.  I’d create a magnet prison for inmates statewide that want to learn music and let them earn admission through good behavior and motivation and inclination.
Phil Spector could be convinced to become the dean of this venture because he is qualified and all too available.  We need not guess that Spector has his own needs for creativity too.
Imagine for a moment the implications of such a venture.  Students learning, great music and a soon there’d be weekly TV broadcast like Austin City Limits from a prison!  Along the way how many lives could we save?  How many fewer murders, robberies and violent crimes would be stopped because inmates develop a new passion other than crime?
What we are doing now is pure failure.  What do we have to lose by trying this?  After that, Drama, Dance and Comedy schools could emerge from inside every prison in America.  We can make great things happen if we at least try.

If I was "Empourer for Life" I would make vocational training, drug reduction training and the educational equivalent of a High School diploma requirements to be released on parole, or complete a sentence. I also would require labor to receive more than the basic food requirement" No workee = No Eatee", there would be no cable TV, or Internet outside of educational puposes, and limited free time. Correctional custodies stopped being correctional when offenders were allowed to blame society, and not take responsibility for their own actions.
Allowing offenders to live a better lifestyle, with more living space and better food than I received while on active duty stationed in the ROK only encourages further recidivism and offers no punishment for most crimes.
This is just my opinion, and no one has to agree with any of it.
PS. A musical training school might not be a bad idea, but rap, and videos have very little in common with music

Great idea Paul! If Phil Spector were up for it - not depressed - why NOT!

The State government often run schools like prisons, so why not the other way around?

The problem is - whether in or out - people get upset when they see others - especially inmates being successful and having too much fun.

Did jealousy drive Judge Larry Fidler's unfairness since the Judge was a failed theater arts major?

Or in another case - did jealousy drive the unfairness in the Roman Polanski trial through a judge and prosecutor being jealous of Roman Polanski sitting next to girls at the Oktober Fest. - instead of themselves?

People in prisons and jail are being warehoused. That's all that can be done with them. If you added up all the segments that are alcoholic, mentally ill, mentally retarded and gang active, you are in the neighborhood of 80 to 90%.

The worst aspect of incarceration is the people you are forced to live with. Intelligent and stable, they are not.

Is he appealing his conviction.I think he got shafted in court.