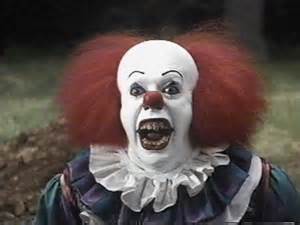 Phoenix, AZ—Maricopa County Judge Sherry Stephens is presiding over a broadcast and Social Media lynching of the hapless accused guest of honor, murder suspect and defendant, young, Jodi Arias.  Arias is facing the death penalty in connection with the stabbing and shooting death of her former lover.
Kinky and lurid sex tales have sensationalized the case with the ever-present help of a gaggle of celebrity court pundits.  The Court’s Public Information Officer Karen Arra is doing her best to make sure the media wont miss a second of every salacious aspect of this sad case.  She can be seen everyday outside in the street socializing with the media stars set up in satellite trucks and the improvised field TV sets.
Of course there’s the highly graphic and detailed Mormon anal sex angle of this csse where religion and sex converge on each other like speeding freight trains in the night.  Visions of little boy’s Spiderman underwear dance in the heads of the jurors and spectators along with those watching at home on their iPads, iPhones and every conceivable new technology device.
Then there is that prosecutor, Juan Martinez who’s become a lynch mob’s favorite Rock Star.  Apparently Martinez loves mugging for pictures and signing autographs for the bloodthirsty and sex crazed spectators during court breaks.
Judge Stephens lost control of her courtroom in the very beginning and of course any likelihood of a fair trial has passed long ago.
The evidence seems to be quite damning but I just can’t imagine this as a death penalty case.  There’s no question that Arias has redundantly and desperately lied to authorities while giving various conflicting accounts of this death.  There is however no eyewitnesses and we along the jury must guess what really happened.
The state apparently refused to offer Arias less than death in exchange for a guilty plea leaving her no choice but to face this poor excuse for a trial.
I don’t mind cameras in the court because the public should see what goes on in our government. However the time to post, broadcast or publish the video should be only after a verdict is rendered.
As for jurors and their admonition not to read, watch or listen to media reports about the trial?  That’s nothing less than a cruel joke.  My own research suggests that no less than 95% of jurors violate those rules.
I remember as a youngster the infamous 1954 Show Trial of Dr. Sam Sheppard in Cleveland, Ohio. This story became the basis of that wildly popular TV show of the 1960’s, The Fugitive, starring the late David Jansen.
It took many years but Sheppard was freed after a re-trial but as a totally shattered and only a shell of the popular young physician he once was.  He became a third rate professional wrestler because he was unable to reintegrate to the medical community.  He died as a battered and broken man at the age of 46.
One important note about the Sheppard Media Lynching, is that back then they did not have the technology to broadcast live from courtrooms.  They relied on after the fact TV, radio and print reports.   I also think that details like the Mormon inspired anal sex information was off limits back then to broadcaster’s reports.
Declaring a mistrial in the Arias case is long overdue.  The retrial should be done sans the TV cameras and Rock Star prosecutor.  Rather than a re-trial perhaps an offer of less than lethal injection in exchange for a guilty plea can save taxpayer a huge bundle of cash.  Perhaps even dignity could return to our sacred hall of justice.
Posted by Paul Huebl Crimefile News at 4/11/2013 09:55:00 AM

She's not denying offing the boyfriend. It could probably use less lip stick sensationalism but she's got gotta go down on this one....

She's done her time and paid for her crime. He was a lying abusive man. I hope she is acquitted. We have far more vicious killer's in the U.S. that should be behind bars. Jodi is not one of them