It was Social Media Not the Main Stream News Media That Reported First on The Boston Marathon Bombing. 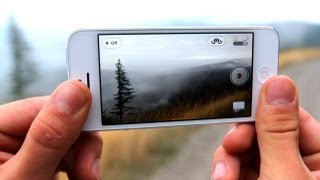 Boston, MA—Times are changing faster than even the news productions experts could imagine.  Ordinary people are carrying smart phones and sophisticated cameras that can even upload instantly to sites like UStream.
Yesterday the bombing was covered from nearly every conceivable angle by hundreds of cameras shooting high-resolution images.  These images undoubtedly captured the criminals responsible for this mad and cruel act.
There were numerous mainstream photojournalists on the scene shooting but for few if any live broadcast cameras their images were not broadcast or published until they were first transmitted to their electronic news gathering hubs for redistribution.
Some people were uploading still and video images to Internet sites as they were actually happening.  One thing for sure the world will not have to guess what happened because of the massive presence of cameras.  Courts and the jury will also see many of these images as critical evidence needed to bring justice to the offender/s.
Police will have to learn not to obstruct those with cameras capturing images, video and audio at live crime scenes.  They are beginning to understand the value of the potential evidence.  It would make much more sense for cops to allow those shooting cameras and to get their contact information for follow-up investigators.  The old police habits of aggressively chasing photographers away needs rethinking.
The first celebrated citizen journalist of our time was the unlikely, Abraham Zapruder who by chance captured on color movie film the actual assassination of President John F. Kennedy.   He had a new Super 8 movie camera.  His stunning film was the centerpiece for news broadcasts and the massive investigation that followed.   Imagine what an evidence and media bonanza there would be it that happened today.  Many more questions about that crime would have been answered.
Arson investigators have long known that photographs showing bystanders at fire scenes very often reveal the suspects admiring their work in crowds of onlookers.
Oddly enough the first reports of yesterday’s bombing were posted on Twitter and Facebook!  Television broadcasters took much longer to get live images to their viewers.  Our sophisticated media giants are more concerned about copyright protection and the business aspects of their images than members of the public shooting pictures.
One L.A. TV reporter, Alycia Lane of KNBC-TV was off duty and in Boston close to the scene in a restaurant.  She did not miss a beat and became a “Citizen Journalist” when the police came in evacuating them to the street.  She had a companion shoot her in a broadcast standup with an iPhone as she walked in the street described what was going on.  The bad news was the companion was not smart enough to hold the camera horizontal like our TV screens.  The valuable video made air anyway.