Can Use of Social Media Help the Wrongfully Accused? 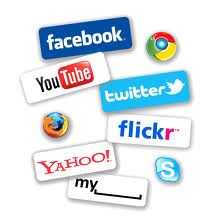 Los Angeles, CA—Recently a UCLA student and water polo athlete, Hokop Kaplanyan was arrested on April 2 2013 after being accused of raping a coed in a residence hall.  The school suspended Kaplanyan after his arrest.
Since the arrest the actual charge/s were not filed and Kaplanyan was released.  The matter is currently under review by both prosecutors and UCLA officials.
Kaplanyan had insisted that he was dating the alleged victim and they had consensual sex.  The coed has so far avoided any media attention.
Kaplanyan’s lawyer Berc Agopoglu, used Facebook to say thet the suspension would be appealed and that his client was innocent suggesting that he’d prevail at clearing him.
Soon a group of eleven of Kaplanyan’s friends took to YouTube and posted a video of support for him.
One thing for sure the allegation is serious and may be difficult to prove.  Under our system of justice it will take more than the coed’s testimony alone to convict Kaplanyan.  Physical evidence and witnesses or a lack of them will decide Kaplanyan’s fate.
The influence and effect of Social Media in such a case exceeds TV and newspaper coverage substantially.  Anyone with interest in such a story will direct their computer search engines, locate and devour the text, photos and videos.  Traditional forms of media would most likely go unseen by the people that count.
I can guarantee that school officials, the involved cops, prosecutors, judge and even jurors will read this article.  So will the alleged victim, her friends and any witnesses.
The other benefit of Social Media is those normal mainstream media protections of so-called victims and their personal baggage don’t apply.   Things that would normally never see the light of day such as a so-called victim’s prior perjury or prostitution arrests or other lurid information can be freely published on Social Media.
Social Media is a game changer in the criminal justice system.  I’ve seen numerous criminal cases affected in positive ways.  Prosecutors and judges hate finding themselves on the wrong side of public opinion since they are political animals.
In addition to needing a lawyer and private investigator today’s accused need Social Media experts to get the right information out for public consumption.  YouTube, Facebook and Twitter are playing a huge part in nearly every serious criminal case.
Lawyers even the accused, are restricted as to what information they can reveal to the media.  Nothing would preclude a suspect’s family from hiring an accomplished blogger or filmmaker to posting credible information that would shed light on a criminal case.
The Social Media consultant entrusted with such a task needs to have a solid understanding of the law along with the judgment to avoid having efforts to help an accused backfire and actually damage the defense.
Cops and prosecutors have very thin skin and can be counted upon to retaliate against an accused if they feel they are portrayed in a less than favorable light.  Any Social Media manager or consultant must be careful every step of the way.
Frankly I enjoy using the power of Social Media to keep cops, prosecutors and courts under the Social Media microscope.  Social Media can’t do much for someone facing overwhelming evidence and confessions.  It can however go a long way to help the innocent.
Here is the YouTube friends posted in support of Hokop Kaplanyan: