The Boston Marathon Bombing and Our Future 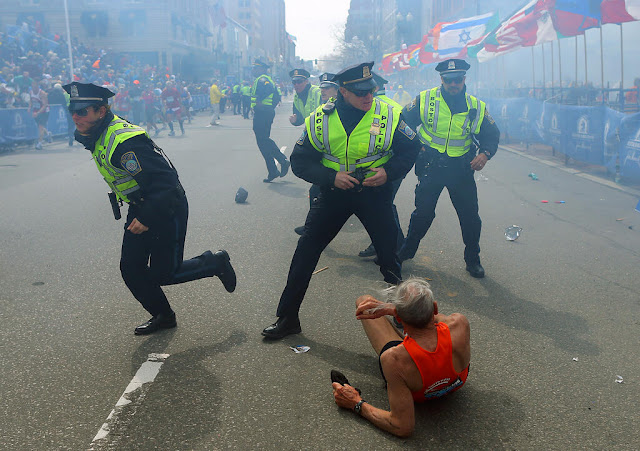 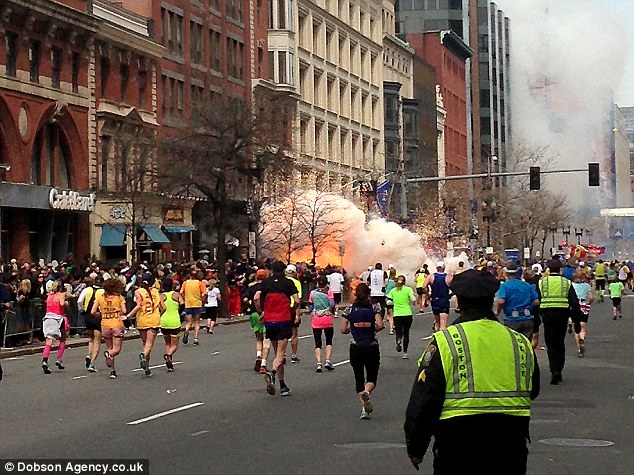 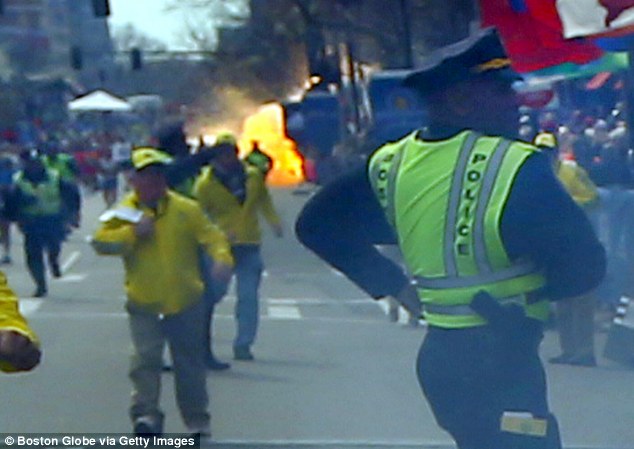 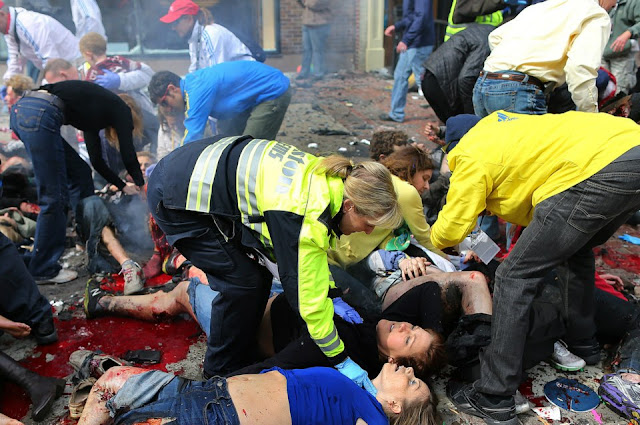 Boston, MA—No less than 176 innocent men, women an children were made pawns in somebody’s hate struggle.  So far three are dead including an eight year-old boy.  Six people are in critical condition and many more suffered traumatic amputations of limbs.
The video and pictures are graphic and incredibly heartbreaking.

What can we do about this kind of violence?  The political Left wants to restrict the birthright liberty of law-abiding citizens. That’s an answer that is repugnant, un-Constitution and intolerable.
Why do we insist on admitting people into the United States from nations that hate us along with our way of life?  They have a Saudi National with a student visa in custody at a Boston hospital.
As for the Fascist direction that our new Nation of Cowards is heading with it’s Leftist politicians our own second Civil War is inevitable.
I expect to see that nasty TSA expanded with unlimited funding and even weapons.  It’s going to be government vs. citizens in the name of public safety.  We are headed to airport style searches wherever we go.  We fought so many wars so we’d never have to submit to these Nazi style checkpoints.  We must resist this with our lives and limbs or say goodbye to the liberty that made this nation great.
I will simply defer to one of America’s great founders Patrick Henry who said, “Give me liberty or give me death!”

For those who have not yet awakened to the fact, yet, islam is at war with the world, and especially the United States. Our muslim pretender-in-chief vows that those responsible for this terrorist act will be brought to justice. We all know that's a lie; he's more likely to help hide them, perhaps give them a medal. I read a report at Debka.com that the two bombs that detonated contained ball bearings, to maximize casualties, the signature ingredient of islamic terrorists. More than one other bomb was also discovered, and de-fused.

Such an utter shame, one of the reported victims only a mere 8yrs. old, at the finish line with his mother, and sibling, ready to celebrate his father's personal victory... The people ultimately responsible for this act clearly hold office in this Nation's Capital.. How could they make such a mess of an once great Republic? Greed!!!!!

Where's Hillary the enabler and orchestrater? Didnt she disappear strangely with a phony brain injury just a few weeks before Sandy Hook?

"The political Left wants to restrict the birthright liberty of law-abiding citizens. That’s an answer that is repugnant, un-Constitution and intolerable."

Yes they do, they want to make us all defenseless and nothing less will satisfy them. That is why the ONLY real answer to this threat from them is to make it impossible to take away the means of production of such weapons. How, you may say? Look here:

or go to any of the websites giving out information on completing 80% receivers and building guns from kits. When the technology to do this is sufficiently diffused among the populace, then confiscation will be impossible. They cannot legislate technological know-how out of existence.

The FBI has identified some of the perpetrators; they belong to a Saudi terror cell. Three of them shared an apartment, in Revere, Mass. One, a "student", was arrested with "badly burned hands", a second was arrested for "visa problems", and a third is on the run.

What happened to this Saudi National? And why the sudden appearance at the White House on April 17 of the Saudi Ambassador? Unscheduled as it was.

Eternal Vigilance Is The Price of Freedom.