The Berlin Portion of The Fifth Estate Spielberg Film has Wraped!, by Paul Huebl 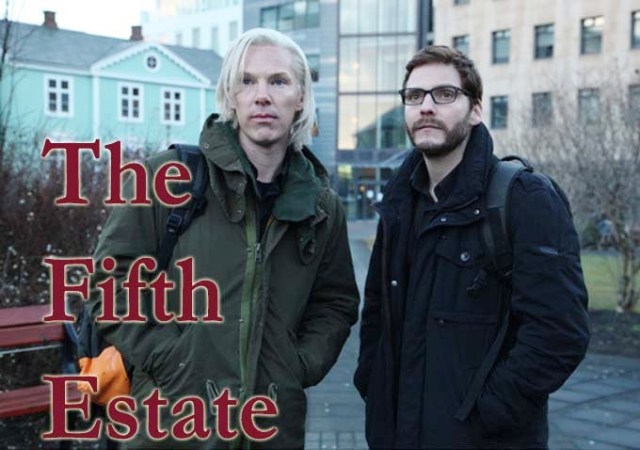 Berlin, Germany— The principal Berlin photography involved with, The Fifth Estate is finished and now they are off to Belgium for the rest of the production.  I can’t wait to see the final product. This is yet another milestone for Studio Bablesberg located in one of my favorite cities.
Governments have a terrible habit of lying to their citizens, as they get involved in deadly adventures and intrigue that few rational people would approve.   This is a story about the failure of civilized nations to engage in honorable diplomacy.
Investigative Journalist, hacker and WikiLeaks founder Julian Assange risked his life and liberty to expose the truth to the citizens of the world.  Today there is a price on Assange’s head.  The government and people of Ecuador are protecting him from imprisonment in any number of nations.

Any great effort like the wildly successful WikiLeaks website brings conflict even among friends and this film explores that and other issues.  In most circles Assange is hated and considered a traitor.  I see it differently.  I find it very difficult to accept that exposing the truth is somehow wrong.
As a journalist Assange is a hero.  Long ago the late, George Orwell so adequately said, “Journalism is printing what someone else does not want printed: everything else is public relations.”  Assanage sure brought out the dogs when he published thousand of secret cables that exposed government treachery, dishonesty and hostility.   I can’t fault him for exposing the truth.  I don't think this film will speak well for Assange but we will wait and see.
Steven Spielberg’s Dreamworks is producing this sure to become a blockbuster film.  It’s based upon the writings of Daniel Domscheit-Berg and Luke Harding.
Film director Bill Condon molded a troupe of fine actors into this fascinating story.  Benedict Cumberbatch, Daniel Brühl, Carice van Houten and one of my favorite American actresses Laura Linney star in this film.
I have a special fondness for the multi-talented Dutch actress Carice van Houten’s fine work.  I hope to somehow obtain a video interview with her about the challenges she’s faced in her career when she visits Los Angeles later this month.  That will depend on how much time she can spare for Crimefile News.  Ms. Van Houten’s name surely will be exploding on American theater marques over the next few years.  Of course if I can land that interview you will see it right here at Crimefile News.

Stefan Lindskog, chair of the Sweden’s Supreme Court, told an Australian audience Wednesday that Julian Assange is, quite simply, a benefactor of humanity, as Al Jazeera reports:

“He’ll be thought of as a person who made public some pieces of classified information to the benefit of mankind,” he said.

“It should never be a crime to make known [a] crime of a state.”