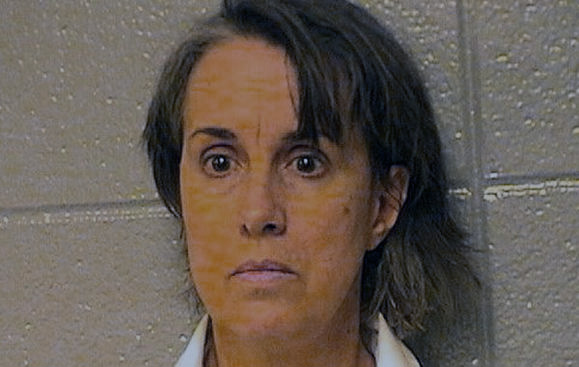 Chicago, IL—A well respected University of Illinois cancer researcher, Kathleen Loviscek, 55 was reasonably concerned about the strangers who were renovating her home.  She did not have viable options but to bring her lawfully purchased and unloaded gun to work so it would not fall into wrong hands.  For example, she could not simply entrust a neighbor with her gun without running afoul of Chicago’s draconian gun laws.
Police treated Lovisicek like a dangerous terrorist, knowing she had no criminal record and a legitimate Firearms Identification Card.  She was charged with felony Unlawful Use of a Weapon and jailed overnight.  She was hauled before a fascist Cook County judge who set bail at $25,000.00.

Bail is for two purposes; one to insure the accused will appear in court and to protect the public.  This woman had strong ties to the community and no criminal history.  Nobody was ever endangered so letting her out on her promise to appear was more than adequate.  The bail was purely punitive and unreasonable.


Loviscik was charged with the same statute that was recently struck down as Unconstitutional by the 7th Circuit Court of Appeals.  The court gave the State of Illinois 180 days to rewrite the law.
There is now a huge legal paradox that defies explanation.  Remember, the law was declared unconstitutional!  I guess it’s like being pregnant, either you are or are not!  Nothing will make an unconstitutional law a proper vehicle for just punishment.  I see no choice but for the State’s Attorney to dismiss the charge and return Loviscik’s gun to her.
There are no questions that the unloaded gun was ever somehow part of some threat, or was brandished or even placed where it could be stolen and improperly used.
The only question remaining is the university’s employee discipline action against Loviscek.  Since the school is government run they can’t infringe on anyone’s right to keep and bear arms.  They’d be best advised to take no action against Lovisick.
As for this entire episode it spells out only too well the unintended consequences of zero tolerance policies.  This was nothing less than an act of government tyranny.

Update:  I have needed, special and important information for Livisick's lawyer and hope to hear from him or her soon.  Click on the, Hire Me link on the right for my contact information.

ILLINOIS - UUW
(4) Carries or possesses in any vehicle or concealed on or about his person except when on his land or in his
own abode or fixed place of business any pistol, revolver, stun gun or taser or other firearm, except that
this subsection (a) (4) does not apply to or affect transportation of weapons that meet one of the following
conditions:
(i) are broken down in a non-functioning state; or
(ii) are not immediately accessible; or4
(iii) are unloaded and enclosed in a case, firearm carrying box, shipping box, or other container by a
person who has been issued a currently valid Firearm Owner’s Identification Card;

In Illinois you are not suppose to be charged with UUW when you are - except when on his land or in his
own abode or fixed place of business....

Wasn't this HER FIXED PLACE OF BUSINESS?

You maybe correct here but because the law itself was declared unconstitutional that's the best defense!

Fixed place of business only applies to the owner and those with permission.

It's all a crock of shit and she's only being prosecuted because she is white and needs to be made an example of.

Mt. Greenwood. It does not spell out ownership of business like you suggest. You're reading too much into the now void statute.

Thie sickest abuse of power by the Chicago Police Department in quite sometime.

What kind of law enforcement officer capitulates to the demands of Communist Marxists, and breaks the law by enforcing UNCONSTITUTIONAL LAWS?

Actually it was the UIC Police Department that made the bogus arrest...

I have some person trying to post an Anonymous comment on this story. I suspect the person may be the one who initiated the complaint to UIC police. I’m somewhat concerned he comment could be libelous. I would post it if it had a name attached and if I could do an interview with this person. Fairness dictates that.

The person making the comment does not understand something very serious here that is fatal to this criminal case. The law itself UUW has been struck down by the US 7th Court of Appeals and is unenforceable. The arrest had zero justification under the voided statute she was charged.

If there is some other unlawful conduct aside from possessing a firearm involved here perhaps prosecution might be warranted however it would have to be under some code violation such as Aggravated Assault, or any violation amounting to a breach of the peace. Possessing a firearm is constitutionally protected activity except is rare places covered by a specific statute.

Again I want to hear from ANY witness. Send me an e-mail ay housedick @ gmail.com or call me my number is available by clicking on the hire me link on the right side of the page.