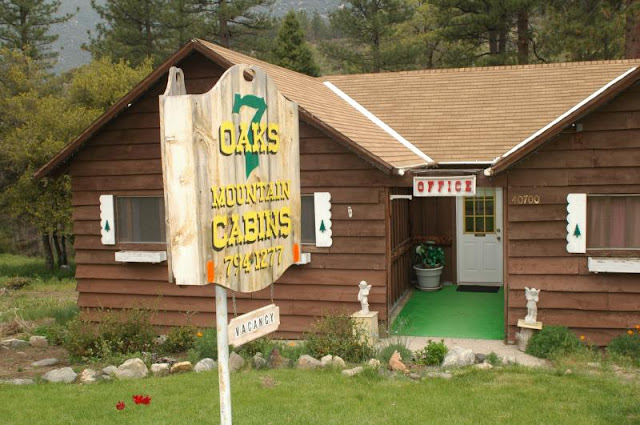 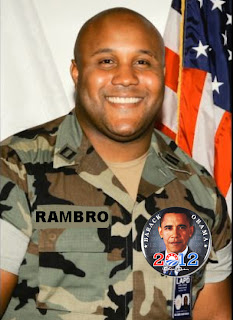 Angelus Oaks, CA—Fired LAPD cop Christopher Dorner reportedly broke into a local mountain cabin and tied up two adults taking their vehicle.  One of the hostages broke lose and called police.  Dorner was contacted by police and got into a shootout. Now police are reporting that two San Bernardino cops were wounded in a shootout.
Police believe that Dorner is trapped in a cabin and a massive response at nearby Seven Oaks Mountain Cabins.  There is the possibility that he did escape the area but police claim they have sealed off the area.
Now the waiting game begins along with the usual telephone negotiations.  How will this ordeal end?  We will have to wait and see.

Update 3:40 PM L.A. time:  So far in today's standoff one cop was killed and three more have been wounded trying to capture Dorner.

The real story here is when you read between the lines. Log cabins don't burn that easy, especially not with weather conditions that haven't been encouraging to the spread of fires in the first place. Some accounts say that he (and they aren't 100% certain it WAS him) was herded into the building and kept there before it burned. Then they let it burn. They outright refused to let the fire department put it out. They still aren't certain Dorner is dead...meaning they sure as HELL weren't when they ordered the building to be left burning with the suspect still inside. There is good reason to believe that the LAPD just deliberately attempted to burn a man alive, people, and you'd better hope that it was the right man, or there are going to be more innocent victims in their crusade to murder Dorner before his case can go to trial. What's the penalty for "Obstruction of Justice", again? Because there's some cops that are sure as hell guilty of it in this case.