Jodi Arias Trial In Phoenix, Arizona Infotainment in the Spotlight 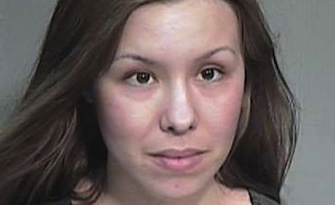 Phoenix, AZ—The happening place to be is in this lurid and sexually charged murder trial.  Young Jodi Arias is on trial for her life for killing a sometime boyfriend.
There are no eyewitnesses, just too many different versions of the event given by the not too shy accused killer.  Will her deception convict her?  Will her efforts to skew the evidence be her downfall?  Conventional wisdom says, yes.
My 40 plus years as a cop and private eye has taken me down this road so many times before.  I’m here to tell you that when a self-defense killing takes place the frightened, ignorant and confused victims often lie because the feel the need to do so.  Does that mean liars are automatically guilty?  Heavens no!
The other issue was whether Arias over-reacted to the perceived threat of the boyfriend?  Did she act out of the heat of passion?  The lies and cover-up can’t really answer those questions. However juries usually hate liars and punish them all they can.
Prosecutor Juan Martinez can only guess about what happened and why.  He’s having a field day proving Arias lied redundantly.  He wants the jury to send this young woman to Death Row.
Just because Arias lied should she lose the constitutional protection of Reasonable Doubt?  Can a jury somehow understand the panic and fear long enough to forgive Arias for her deception?
The most difficult problem the Arias defense has is getting over the numerous stab wounds.  The deceased was first shot with a tiny caliber gun.  Even large caliber guns often don’t even slow attackers down.  A wounded human fights just like an animal under the same circumstances.  If the stab wounds are spread out all over the place, even in non-vital areas, that a sign that there was a real heated battle going on.
I say Reasonable Doubt should prevail and without solid evidence otherwise she should go free.
If the killing is somewhat less than justified a First Degree Murder charge is over-kill.  Perhaps this deserves a lesser crime such as manslaughter.  If the jury determines this was a DANGEROUS OFFENSE enhanced draconian prison sentences come into play.  This dangerousness finding is unique to Arizona law and the jury is never told just what that finding would mean.  They are simply asked to blindly vote for it.
I know the so-called true crime court watchers want blood on this one.  I have a name for these people that seemingly don’t have lives, the True Crime Swine.  They want to influence every high profile trial they can.
I hope the defense has retained a self-defense expert witness or at least a pathologist to explain the ante-mortem wounds and how strong humans really are while severely wounded.
This should not be an easy case for a jury.  They need to understand the dynamics of a frightened young woman under incredible stress along with the will to survive.
This case is exactly why I hate live broadcasts of trials.  Save the broadcasts until after the verdict are rendered.
Posted by Paul Huebl Crimefile News at 2/28/2013 05:10:00 PM

Wasn't the victim taking a shower when he was murdered by this psycho broad? Then she took photos of him and put the camera in a washing machine? Yeah, sounds like self defense to me. (sarcasm)
Think you've been on the left coast a bit too long there Paul. Remember, according to the liberals no one is responsible for their actions. It's all "society's" fault.

Sorry Anonymous, but from the pictures I've seen that Ms. Arias took while he was in the shower he looked very alive to me.
By the way Ms. Arias confessed to shooting her lying abusive lover. (no sarcasm) She was willing to plead to 2nd degree murder but Mr. Martinez, along with his trusty backup singer Det. Flores, preferred to waste millions of AZ taxpayer dollars so he could publicly air his hatred of women, and specifically Jodi Arias on national television in this dog and pony show.
With the help of HLN they've created a modern day witch hunt and an angry mob of haters AKA True Crime Swine.

Thank you Mike, for being a voice of reason.