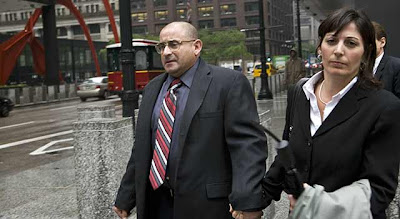 Chicago, IL—In the case against Chicago police officer William Cozzi, the Seventh Circuit Court of Appeals today has nullified longstanding agreements that protect officers from statements made in administrative proceedings.

Every American other than police officers has an absolute right to remain silent when under investigation. Police agencies have the difficult job of sorting out events to determine if their officers are acting within the law and established department policies.

The police agencies have determined a way to obtain their officer’s cooperation during internal investigations through immunization agreements that preclude those statements from being used in court against the officers.

Because of the Cozzi opinion any officers who cooperates with the department during an internal investigation are fools that can expect to see whatever they say used against them anyway.

Any officer that has to for example, use any force whatsoever is crazy to make a written report or submit to an interview. The administrative rights practice is worthless and void.

It would then be wrong to fire officers that simply refuse to incriminate themselves. Cops deserve no fewer rights than any other citizen. The right to remain silent is sacred. Waiving that right may earn you a prison cell, disgrace, your pension and your life.

This really means that if cops simply don’t make arrests, they will never need to use or explain why they used force to make an arrest. Making arrests is hazardous to officer's careers and freedom.

The Cozzi case is now the law of the land unless overturned by the US Supreme Court:

Well if there was any doubt that JFLED was the sole moving force in having Cozzi thrown under the proverbial bus, just read the opinion. It mentions several times JFLED's emails,etc. requesting an investigation.

This will compound the crime rate into the Stratosphere as cops simply become potted plants.

Administrative Rights should now be legally challenged all the way up to the Supreme Court. I dont see how a administrative hearing trumps the 5th Amendment and how a agency can be allowed to punish a person for exercising that right.