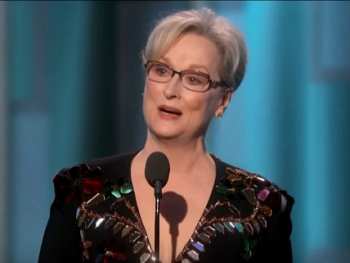 Hollywood, CA—Tinseltown was once ruled by some over-emotional Conservatives.  There was a group of Communist artists here that included Lucille Ball that were considered by others as both dangerous and un-American.
The result of that misguided political activism was a purge that destroyed promising careers in the form of Blacklisting. Today the shoe is on the other foot and the seeming majority Hollywood’s elite are Socialists. They pour millions into Leftist political campaign coffers.

I don’t want criticize anyone’s artistic products no matter their message.  Saying that, I’m a solid and unyielding believer in Freedom of Speech and Thought.

Free Speech is messy by nature because someone will take offense to the opinions of others.  In recent years America has become a Nation of Crybabies that can’t deal with unfiltered speech.

Politics has caused untold millions of intolerant people to unfriend people on Facebook. We should be discussing our differences and find common ground. Making friends is a better idea.

On to the subject of the superb and gifted actress, Meryl Streep.  At the Golden Globe Awards Ceremony Streep delivered an angry and somewhat hateful rant insulting President Trump. She did this within the safety of a venue filled with like-minded artists and legions of bodyguards.

Sports and Art is a sacred common ground that should be free of propaganda and political acrimony.  These are great things that bridge people together. Streep’s emotional Golden Globe Ceremony display divided rather than united America.

Streep made her millions from audiences that did not give a rat’s ass about her politics.  It’s fair to say however,  when she outs herself politically her entertainment products will suffer a boycott from intolerant people that take exception to her opinion.  Streep doesn’t care because she knows she will not live long enough to spend the riches she already earned.

However, now all of Streep’s films will suffer somewhat at the box office, iTunes, Netflix and DVD sales.  In the mix of her innocent victims will be fellow, lesser known actors, the film’s investors and that long list of names appearing in the credits.

Artists have a right to Free Speech and many of them wisely don’t express themselves politically because they don’t want to lose half of their fans that may be offended. Streep and the other Artists/Political Operatives are damaging their industry’s workers and should control themselves.

Streep owes all those that made her films possible an apology along with repaying their predictable financial damages.

The past election saw inexcusable violence from the Left and Hillary Clinton’s loss has brought out bad behavior that is usually seen only in Banana Republics. We’d be a laughing stock of the world but too many nations are holding their breath to see how our mess shakes out.

We Americans all have a duty to block government tyranny, at the ballot box.  America has done that now it’s time to dictate to our elected officials, not the other way around.

We need to become self-reliant and united Americans once again. We must learn to let each other cling to our earnings, guns and religions. We must learn how to be kind.