The Current State of Drones, Laws, Regulations, Fear and Loathing. 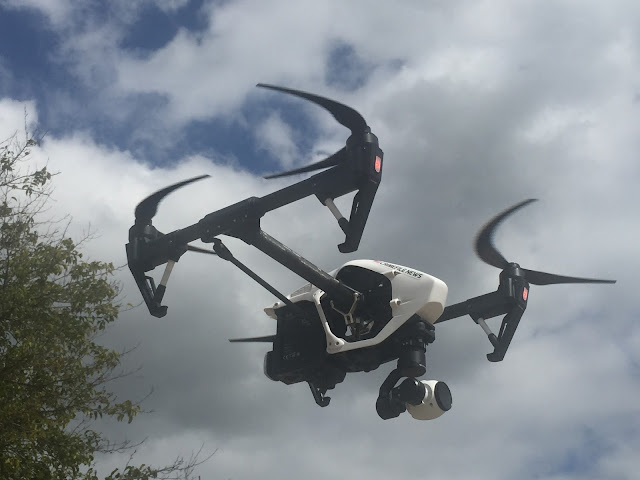 Washington, DC--it's a painfully slow process for politicians and FAA bureaucrats to accept the need, legitimacy and relative safety of those little civilian drones.
There was the initial hysteria of passenger jets crashing, mass privacy invasion because of those little drones.  The panic reaction was bolstered with thousands mistaken or deliberately false reports of sightings claiming drone misbehavior.

Thankfully as the number of drones in civilian hands increased by leaps and bounds, the bogus reports quietly subsided considerably.

Very recently progress has been made in allowing the commercial use of drones under a somewhat loosened set of rules and guidelines.  Along with the more realistic drone rules the FAA created the Part 107 licensing exemption with a written test for commercial drone pilots.

They have allowed for considerable expansion of drone use in urban areas for news gathering, filmmaking, property inspection, marketing and photography.

The FAA still must give a bit on night flights, first person view and use over highways and people. Slowly that too is happening.

The same is needed for low altitude flights below 150 feet near, but not adjacent to airports.  Inspecting a roof of a building with a drone that's a half mile from an airport from 30 feet above should not require anything more than simple caution.

We've still not seen a single fatality, serious injury or property damage caused by a drone.  This despite nearly four million of them in the hands of all manner of men, women and children.

For news gathering drones are substantially preferable to helicopters in all but those high speed police chases.  The liability issues of drone use is also minuscule compared to that of helicopters.

Still safety is a real concern along with the upscale price of drones that ultimately keeps their owners cautious. None of them want to see their precious drones damaged or lost.

Finally superior drone video has become slowly integrated in our nation's TV newscasts.   There is virtually little noise and no pollution emitted from these marvelous little machines.

Hopefully police will begin to use them to document traffic accidents saving time and money.  Drones can cut the time busy streets are obstructed for traffic investigations by two-thirds.

The Netherlands has been using them to deliver defibrillators to save the lives of heart attack victims.  Drones are excellent tools for use in critical missing persons cases, search and rescue. The benefits of our civilian drones make for a better and bright future.