Immigration, Trump and The Reality of a Political Power Grab. 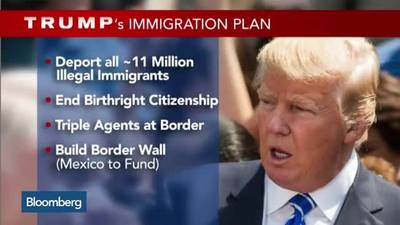 Washington, DC--For the most part our Congress has been ruled by Democrats for the last 100 years.  Our Immigration laws that the executive Branch's elected officials and their appointed bureaucrats are sworn to enforce have not changed. The votes to change our immigration laws are just insufficient even with a Liberal majority.
So the open borders loving politicians can't get the law changed so they do the next best thing.  That's to obstruct, de-fund and denounce our border law enforcement efforts and employees.

When the political Left (including Liberals like the father and son Bush team) owns the Whitehouse, educated, self-reliant and law abiding Europeans are turned away in favor of economic refugees that bring, ignorance, poverty, total dependence, crime and drugs from Mexico and regions South.

I'm appalled that under Obama European tourists have been forced to provide fingerprints and are subjected to unwarranted humiliation.  The Europeans spend millions of dollars that support many American families. Needless to say America is becoming a piranha for Europeans to visit now.

Democrats are in a rush for grabbing power and know impoverished dependent immigrants from  South of our border will vote for them.  So it's not about humanitarianism but rather seizing political power and shutting out Conservatives.

We are all immigrants except those Europeans that were always subjected to extreme vetting, medical exams and loyalty testing.  The slightest problems would bring refusal to those seeking entry and they'd be put on boats returning them raptors Europe.

The immigrants from below our border have been invited to evade our border security and stay here unchallenged.  They are not turned away from our emergency rooms for their violence related injuries or to give birth of their anchor babies. American taxpayers are forced to pay billions as they watched their healthcare system get flushed down the toilet because of impoverished illegal aliens.

Caught up in this illegal immigration horror are impoverished Americans, mostly minorities that must compete with the illegal aliens for jobs, healthcare and the food on their tables.

Added to this immigration disaster are those invaders who hate our culture, customs and Christianity. They include people that are Hell-bent on harming and dominating Americans in the name of Islam.

Humanitarianism or political power grab, you be the judge!

I really do not believe the 11 million figure. The numbers used prior to the election was 3-40 million illegal aliens. Personally I feel there are a lot more here than that.