Massive Government and Media cover up in Progress of European Islamic Terrorism? 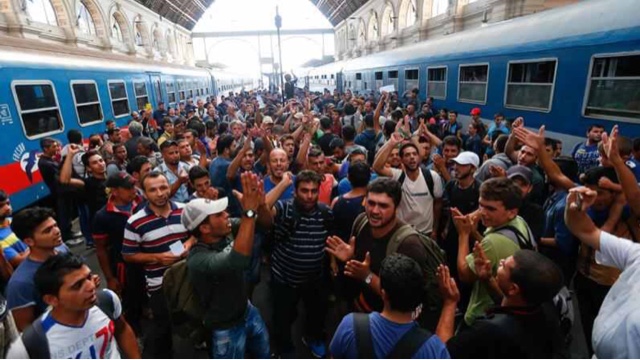 Berlin, Germany--Now there is little question that bringing in upwards of one million Islamic "refugees" to Germany was a grave and perhaps irreversible error.
Are they really refugees or military invaders? They are mostly men of military age. We will be finding out as this story unfolds.
The German media has been acting like Chancellor Mutti Merkel's lap dogs by dutifully under reporting despicable crimes committed by Islamic monsters.   Of course the American media has been doing the same here.
However, unlike Europeans, Americans have plenty of firearms and are more inclined to put a halt to the horrors we are seeing in Europe.
All over Europe there is an apparent tsunami rape and robbery crisis as a result of the immigration fiasco.
As for the information I obtained on my recent visit to London and Germany it was from a number of cops in different areas in and near Berlin.  Cops told me it's getting worse by the second.  Cops also tell me they can't begin to deal with the sudden crime increase.
There is the additional problem of Neo-Nazis agitating the Muslims.  Cops are wondering if a civil war is brewing now.  Are the cops exaggerating?  What could possibly be their motive to lie?
German politicians are starting to react calling for a reduction of future refugees.  It remains to be seen just what happens.
Europe's huge tourism industry is at risk as the dangers of Islamic terrorism and crime become evident.
If the media cover up is dangerous as I've been told uninformed people will not take safety precautions.  Victimization is sure to become much worse.
Stay tuned as this ugly mess continues.
There are over 3500 stories on this blog go to the main page at www.crimefilenews.com
Posted by Paul Huebl Crimefile News at 1/11/2016 11:06:00 AM

Time for the German people to Tar and Feather Merkel, then string her up in an all Muslim neighborhood. Desperate Times call for Desperate Measures