“Crazy” Ted Kaczynski Was Not Insane! He was Clairvoyant! 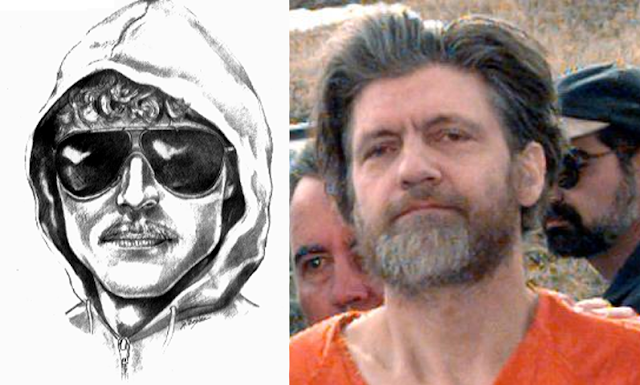 Lincoln, MT—In 1978 a two-decade bombing campaign began that untimely took three lives and maimed some 23 people.  Ingeniously hand constructed bombs were delivered, mailed or otherwise planted targeting people involved with advanced technology.  It was an effort to intimidate those involved to obstruct and discontinue their efforts.
I worked on this massive investigation myself for among others, ABC News.  The FBI dubbed the bomber as the, "UNABOM" (UNiversity & Airline BOMber).  Their agents meticulously reconstructed the bombs in their investigative process that consumed many of their entire careers.
Everyone was trying to guess the reasoning behind this frightening serial killer’s actions.  The New York Times received a somewhat strange letter on April 24, 1995.  The author promised "to desist from terrorism" if the Times or the Washington Post published his manifesto, Industrial Society and Its Future (also called the "Unabomber Manifesto"), in which he argued that his bombings were extreme but necessary to attract attention to the erosion of human freedom necessitated by modern technologies requiring large-scale organization.
That manifesto eventually led to the unmasking of the man responsible, Theodore John "Ted" Kaczynski.   Kaczynski was a genuine Harvard educated egghead with a PhD in mathematics.  Kaczynski was so beyond brilliant he did not fit into our society.  He shunned anything involving technology including automobiles.   He took up residence in a tiny shack and spent countless hours at his local library.
Friends were elusive to Kaczynski who limited his human connections to two women in the small hamlet of Lincoln.  One was the librarian and the other headed the local Chamber of Commerce.
Kaczynski was not pleasant to be around primarily because of his lacking personal hygiene and unkempt appearance.  Most people avoided this eccentric fellow.  Once Kaczynski’s own brother David tipped off the FBI the so-called UNABOM suspect’s mad world came to a halt.
This was a huge news story at the time and I was once more working with ABC News network reporter Bill Redeker.  I worked with Redeker before on the Oklahoma Bombing case and on both of these stories and our reports came way out on top.
A picture of Kaczynski soon emerged and the consensus was that he was simply crazy.  His redundantly re-published manifesto was anything but an easy read.  However to me Kaczynski’s message was clear and hauntingly ominous.
Technology was about to strangle all of society in a world far worse than George Orwell’s 1984!  Both Orwell and Kaczynski were absolutely right in their prophecies.  Government and select corporations now have the massive power to see and hear whatever they want almost anywhere they want. There is no privacy and there is no escape from those in power.  Between Google, the NSA and thousands of smaller government contractors we are in a police state that would make Adolf Hitler a very jealous man.
Right now in Oregon there are some brave men that are challenging the federal government’s authority to seize and control public land.  Decades of family business are at stake.  Now the government is about to crush this protest just like the BATFE, FBI and our military unlawfully did to the men, women and children in Waco, TX during the Branch Davidian Massacre.
Already in Oregon the Feds have compromised cell phones, deployed listening devices and drones to selectively locate, ambush and even kill one protester so far.
The question remains as to how far this kind on tyranny will continue.  Will the federal enforcement agents follow their oaths of office or remain loyal to tyrannical government bureaucrats instead.
We have learned from history that despots like Hitler maintained control by allowing his thugs to seize and keep citizen’s personal property, money, businesses and land.
Keeping government enforcers on the side of the citizenry always fails under despotic regimes.  Corruption always rules.  Today we have a totally corrupt government and our elected and appointed leaders are controlled by greed for power and money.  They don’t give a rat’s ass about the people that elected them.
Kaczynski saw the power that technology would give politicians and had the vision to understand that eventually life, as we knew it was on a track straight to Hell.  Kaczynski unsuccessfully tried to stop this but nobody would listen.
Our Second Amendment to keep and bear arms has been completely hijacked.  It was meant to give the people defense parity with our government.  We allowed this important right to become meaningless.   The government has the power and technology to murder far beyond anyone’s worst nightmare.  The small arms we have are no match for our government’s current killing tools.
Kaczynski was a lot of things, but crazy he was not.  His warnings went ignored as we laughed him off.  I for one am not laughing anymore.

Seriously? You think it's ok for some would be ranchers to trespass and take over a federal building? Who's side are you on?

I didn't see any media talking head asking for the rioters to be killed, even when they were burning down buildings and stealing items that were not theirs.