We Drone Aficionados Must Secure or Lose Our Place in the Nation’s Airspace! 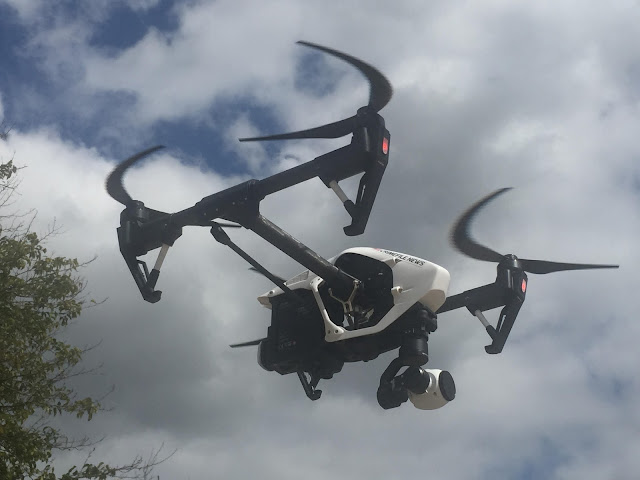 Washington, DC—Lies, lies and more damn lies are being spread about our multi-rotor camera drones like wildfire.
Months ago the FAA claimed they were investigating some 700 complaints of near misses with conventional aircraft.  Not one photo, video, captured drone has been ever produced.  Nor has there ever been a collision between any conventional aircraft and a multi-rotor drone.
The nations pilots all know this drone technology will take them out of the cockpit sooner or later.  Aircraft will be operated from offices or vehicles on the ground.  There is no need to risk lives for aerial image gathering, firefighting or newsgathering.
Despite two million drones in untrained civilian hands there’s never been a fatality, serious injury or significant related property damage reported anywhere.  Drones have a near perfect safety record.
However the lies have joined with fear and loathing to see ignorant politicians making many more well-intentioned bad laws.
They seem to have forgotten or chose to ignore our First Amendment Rights to capture and publish images with our flying cameras.  Absent any clear and convincing safety concern flying our drones is Constitutionally Protected Activity.
We can meekly whine and respectfully contact lawmakers.  Liberty has never been won from government by gentle, respectful or sheepish efforts.
Make no mistake our government has already seriously violated drone owners/operators rights to fly and engage in commerce with our captured images.
The FAA or NTSB won’t be discouraged in their shrewd efforts to expand their size by as much as 500% to over-regulate all the 12 year olds with small drones.
If we are to insure our rights in the airspace we must show anger at any and all governmental abuse of power.
In the Bible, Matthew 5:5 says, “Blessed are the meek
for they shall inherit the earth.”  The key word there is, inherit, meaning after death! If you want to fly your drone in this lifetime you must stand up for your rights!
We must always remember that It’s the squeaky wheel that get’s the grease.  We must be loud, proud and militant to preserve Liberty.   Freedom has never been won from any government in history by gentle persuasion.
The NRA conducted a similar battle and had it not been for their not so gentle rhetoric, rapid-fire litigation and militancy firearms would have been confiscated and destroyed long ago.
I don’t just like flying my drone I absolutely love it.  I will fly safe so I don’t damage my equipment or lose it.  I will not lay down like a sheep for slaughter for politicians or anyone.
I will leave you with a great quote from a somewhat notorious fellow, “ You can get a lot more with a kind word and a gun than with a kind word alone.”—Alphonse Capone

How is a "drone" differentiated from any other radi controlled aircraft of the last 50+ years?

The new multirotor drones are really more for photographers because the platforms are incredibly stable.

The skill level of the pilot of a multi rotor drone is not as significant borrow from safe operation.

They multirotor devices are slower, safer and incredibly easy to operate by comparison.

A lot of conventional RC pilots are very much annoyed with the proliferation of multirotor drones.

Like everyone else they will have to get used to the multi rotors because they are not going away!