Jodi Arias Has Been Spared From Death But this Case is Far From Over! 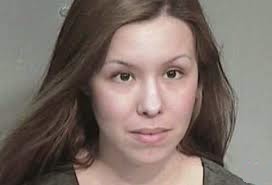 Phoenix, AZ—The penalty phase of the Jodi Arias ended when jurors could not arrive at a unanimous verdict and any and all hope of putting Arias to death is over.
The Alexander family members present were observed both angry and weeping which does not speak well for their character or humanity.   They only sought revenge, pure and simple. Even the execution of an accused never brings satisfaction or closure for those close to the decedent.
Had Arias received a death penalty it would be decades before it,  if ever was carried out.
This case at best was an obvious manslaughter case at best and Arias already served the maximum incarceration time prescribed by Arizona law.
The emotion and rage involved in the altercation was best displayed in the remains of Travis Alexander. The amount of wounds most of them superficial indicated there was an epic fight between Alexander and his killer.
The issue of the actual trial that was by far the worst example of a media circus I’ve seen in my four decade career in crime,courts and justice.
The actions of the Mesa police homicide detective and prosecutor were lawless, vicious and contrary to a civilized society.  Now the higher courts will now be trying their actions and  this murder conviction is and should be in serious jeopardy.
Evidence tampering, perjury, witness tampering will be examined and I suspect there is more than sufficient reason to reverse the conviction and send Arias home.
This is a tragic case for the Alexander family and that of Arias.  No court proceeding or penalty can bring Travis Alexander back to life.  I think everyone involved can agree that this homicide should have never happened.  It did, and Jodi Arias who had no previous history of crime of violence deserved the full benefit of the doubt.
Arias lied to police but is that somehow unusual for a human being under the stress of investigation for a capital crime?  Most people can’t tell the truth on why they were late for work in the morning.
As for the blood thirsty thugs that wanted to and still want to lynch Arias, I have nothing but contempt.  Those people are in serious need of mental health treatment.  That goes double for those that have never met Travis Alexander.

I Sooo agree with you, thank you so much for writing this!

Thank you so much for writing the truth, I agree with you wholeheartedly.

It's common knowledge in the higher courts "misconduct is an epidemic" eventually they will do the right thing.

It is the prudent mind that sits back when all others rush to justice.It is the barely audible voice heard louder than the loudest champion for death.It is what defines men from animals. IT is what defines who we are what we stand for have fought for and will continue to fight for..........Justice.

youre a good man Paul.
Wish I could have rode with you.

I love you Paul but I don't agree this time..Sorry!!!

What a stupid writeup.
Arias is going to rot in prison.��Justice won't bring Travis back. But this means of punishment is appropriate for this vicious premeditated killing by a vicious devil.

You seem to get your head turned by "pretty" murderers. One of the ex-cops that runs hard to the other side seems like, unlike anonymous I am very happy we never partnered. No offense but we seem to have very different views.

I don't give a rat's ass about the race or gender of those people getting a raw deal in our criminal justice mess. Most people in the Gulag belong there. Some including a few cops I know were railroaded. I champion few causes.

Thank!!! you so much for writing the truth...

Thank you so much for writing is the truth

You are full of it. May she choke on her tongue in her sleep.