Black Lives Don’t Mater, at Least to Blacks and their White Liberal Masters! 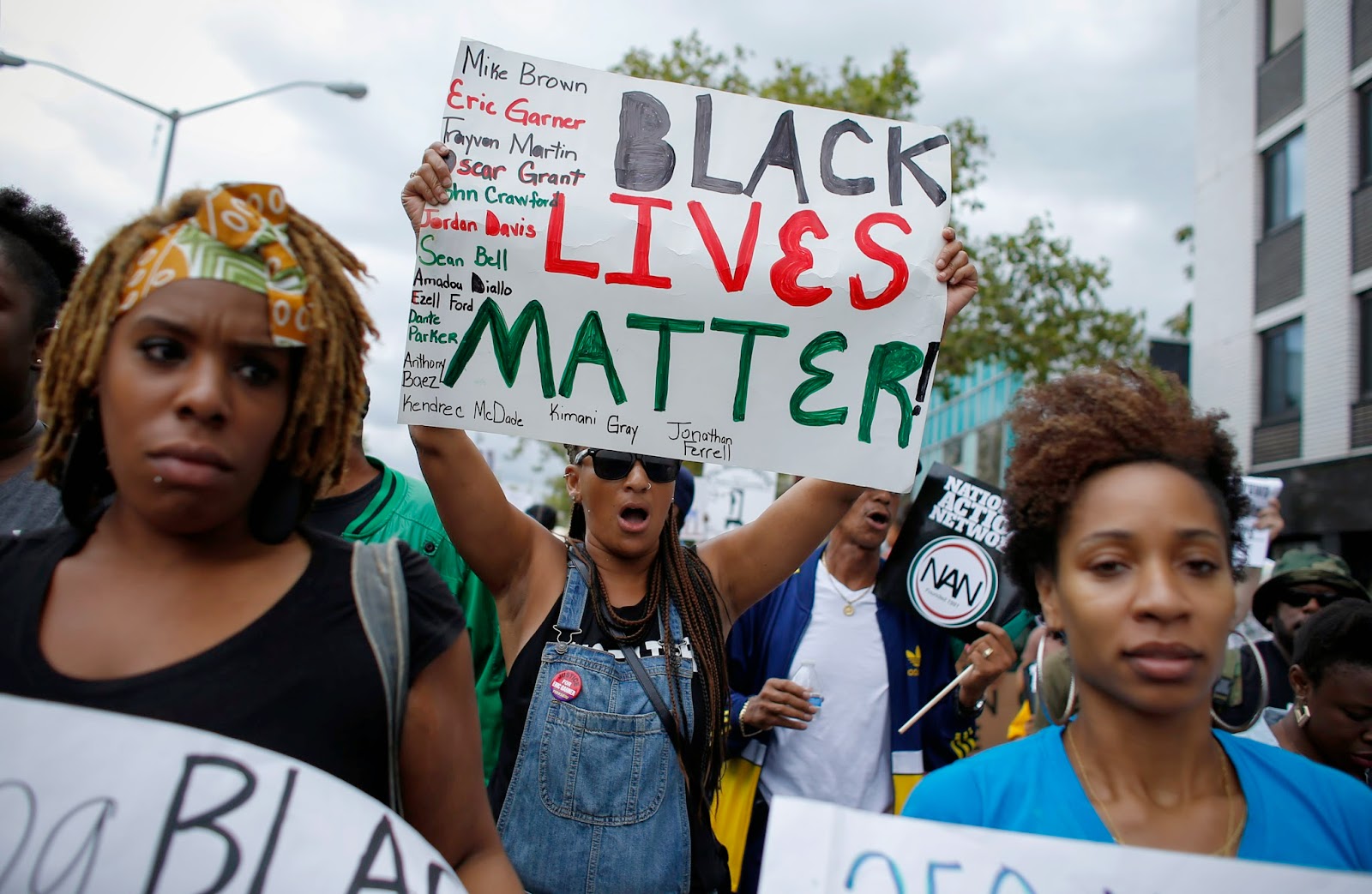 Chicago, IL—Let me say I’m no stranger to the African-American community. As a Chicago cop, I became intimately familiar with the inner city Blacks along with their lifestyle and culture.
The new slogan, “Black Lives Matter.”  Is disingenuous at best when delivered by Blacks and White Liberals.   The few incidents of cops killing young troubled Black young men are only a microcosm of the monumental reality of Black on Black genocide.
This is not about race or skin color but a cruel, savage and subhuman culture.  That defective culture is a millstone around America’s inner city Black's necks and that’s every bit as evil as slavery!
I learned firsthand that this violent, ignorant and narcissistic culture was and is totally bankrupt.  It’s easy to predict that this group will eventually vanish through self-inflicted genocide.
This mutant, subhuman African-American inner city stereotype is the product of, Communists, Socialists, and assorted White Liberals.  The teacher’s unions are no small part of this epic disaster.  We can’t really blame the Black victims for this blatant and covert racism
It’s our social engineers that programed this stereotype from Hell.  The hip-hop generation of ignorant, violent, cruel, drug infested, immoral and incredibly disrespectful creatures are themselves the victims.
Inner city Blacks are heavily influenced by professional race baiting extortionists like Al Sharpton that pulls the Race Card at every opportunity.   Blacks are taught to channel their hatred to political conservatives and White people. They are encouraged to inflict violence upon them at every opportunity.
This stereotype was nurtured by a public educational system rife with union corruption and solid Communist leanings.  They turned schools into a genocide mills that manufactures criminals, losers, hate-mongers and unemployable people.
Our public schools encourage inner city Blacks to maintain their stereotype by shunning the learning of English.   Instead they strive to maintain the vocabulary bankrupt Ebonics language.  This in itself guarantees Blacks will never succeed in an academic environment or professional workplace.
Nobody can succeed in this world without literacy including solid written and verbal communication skills.  However there are those exceptions in sports, entertainment or operating within a criminal enterprise.  Blacks are encouraged and channeled into the “educational detour” by White Liberals.
The White Liberals have demanded that Blacks be given handouts to keep them totally dependent on government.  It’s much easier to control people with government being their single source for housing, food and medical care.  The terminally dependent have no other choice because of the intentionally engineered ignorance.
It’s incredibly ugly that thousands of blacks can be led to massive protest and violence when cops or non-Blacks kill lawless thugs like Travon Martin or Michael Brown.  The truth is that Black lives never matter as long as the slaughter is at the hands of fellow Blacks.
Today ignorant Black mothers name their fatherless children with names based either Muslim or African sounding and often misspelled names.  That only guarantees a large amount of employment applications will never see daylight let alone fair consideration.
There is only one cure.  The Blacks must learn how they’ve been led and bred into this death spiral by clever but incredibly racist social engineers.  They were intended to be nothing more than expendable soldiers groomed by manipulative politicians to fight their Communist revolution.
Blacks have every right to be a big part of the American Dream.  However to do so they must shed themselves of the vile inner-city stereotype.
Blacks can only succeed through real education, discipline and productivity.  Our public schools have degenerated into nothing more than day care centers that provide free lunches.
Inner city Blacks need to learn that manners; respect and simple kindness will always give them a much better life.
It’s a major scandal that Blacks are so far behind in joining the ranks of doctors, lawyers, engineers and college professors.  This is not about genetic inferiority or skin color but a defective manufactured culture.
My last statement is about hatred.  If the inner city Blacks constantly demonstrate their hatred of each other through war zone style deadly violence, how can they ever expect any other race to accept them?
Frankly, Whites fear Blacks.  Barack Obama was complaining that in his youth he could hear automobile door locks clicking when he walked by White people.  That fear is absolutely justified.  Survival dictates that we all avoid today’s inner city Black population.
Will we see a cure in our lifetimes?  Sadly the answer is no.
Posted by Paul Huebl Crimefile News at 3/08/2015 10:51:00 AM

Our jails warehouse this lower level of social class. This minimizes their impact on society, but of course at the point they are released, they continue the same anti-social behavior that they maintained through their jail years.

Abusive, illiterate, can't follow directions, no skills, perpetually in "what's in it for me" mode, they are 100% unemployable.

Paul, Bravo, that was probably the most succinct blog post that I have read here or anywhere else. If we could only hear this from some real reverends, school administrators and possibly the "Media" some real progress may be realized. But, sadly what about the 3-4 generations that have already been lost? Thank You.

It has come to the point in this country where any time you are in proximity to two or more young black males you should have your hand on your gun. Call it racist if you want, but I call it good statistical analysis. The blacks have created a culture that forces me to treat them like feral dogs, never turn your back on them until you know they are friendly.

so sad so true.

While is essay is spot on, it will never see the light of day anywhere. Further, Paul will be called a racist and beaten down by the blacks and white liberals. Had an African American written it he would be called an Uncle Tom. NO ONE in the African American,white liberal or news media communities will want to see it. But I enjoyed it.

Are you crazy? Their being friendly is part of the scam.

Excellent read Paul. The fact that you were a Chicago cop you must have a vault of untold stories. Perhaps the program ID, Investigation Discovery,crime stories, could bring some of your stories to light. Some cases go back decades.I love the story about Marina Towers and head security being the one breaking into apartments.