A Review of a Terrific Film About a Hero and his Ungrateful Nation—A Shameful Government is Exposed in the Process. 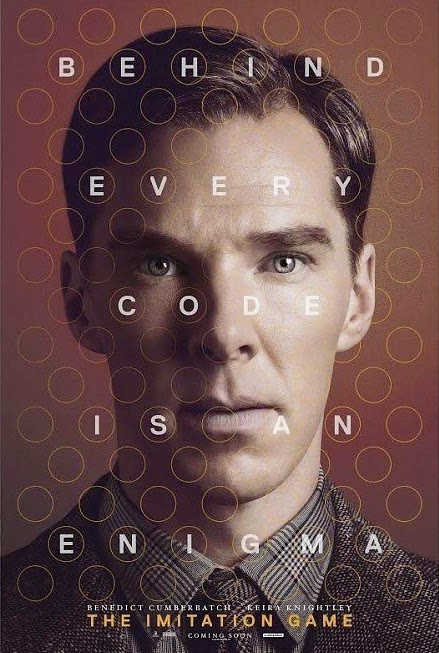 Los Angeles, CA—I have to say I enjoy going to film screenings and meeting cast and crew-members of the films that are in competition for the various awards.  This time it was The Imitation Game.   For me this was a treat!
This is an untold but true World War Two story that was covered up in the name of National Security for more than 50 years.
Actors pray for a film character that can be their role of a lifetime.  The role of mathematician Alan Turing is just such a dream role.
Writers had to tell the story and in this case most or all the principals are all dead.  Their conversations must be recreated and the writers were incredibly clever.  Graham Moore crafted the screenplay based on Andrew Hodges’ book.
This story is about the cracking of the impossible to break Nazi Enigma code that shortened the War and saved an estimated 20 million lives.
The starring role of Alan Turing went to journeyman actor Benedict Cumberbatch.  Turing was a classic nerd that throughout his life faced enormous challenges.
Turing was a somewhat closeted Gay man living in the UK in a time when Gay sex was considered a serious crime.
Being a genius/nerd/Gay man set him far apart from his peers.  Understandably Turing was a frequent target of bullies.
Turing became aware of the serious need to penetrate Nazi communications and brought his unique talent to British Intelligence officials.
Cumberbatch built the world’s first computer and as history revealed the Enigma code was cracked.
There were no medals, awards or even a job for Turing once the war ended.  He returned to teaching until he was discovered in a comprising position with another man.   He was given the choice of experimental chemical castration or two years in prison.  He chose the experiment.
Turing was subsiquently treated like absolute garbage until finally Queen Elizabeth posthumously pardoned him.  Frankly, the Queen should have knighted him too.  Maybe this film will make that happen.
Mortem Tydum expertly directed the film, exploiting the wonderful talent of Cumberbatch,  Keira Knightly, Matthew Goode, Alex Lawther, Rory Kinnear, Matthew Beard and a top flight cast.
There is no shortage humor, excitement, drama and an epic emotional roller coaster for film lovers.  This is a must see film!

Great Film!!! Saw you at SHOT at the Eagle Grips Booth with you big vid-cam...no drones at SHOT???